Elsa Pataky net worth: Elsa Pataky is a Spanish model, actress, and producer who has a net worth of $50 million dollars. It should be noted that the majority of Elsa's net worth is attributable to her communal assets with her husband since 2010, actor Chris Hemsworth.

Elsa Pataky was born in Madrid, Spain, and went on to attend CEU San Pablo University, majoring in Journalism and Acting. She speaks multiple languages, including Spanish, English, French, Italian, and Romanian. She began her professional career in the theater, performing with Teatro Camara de Angel Gutierrez in Spain. She dropped out of college in 1997, after being cast on the television show, "Al salir de clase". She has since gone on to appear in such film and television projects as "Hospital Central", "Queen of Swords", "Less Is More", "Don't Tempt Me", "El furgon", "7 Vidas", "Los Serrano", "Romasanta: The Werewolf Hunt", "Ninette", "Snakes on a Plane", "Manual of Love 2", "Skate or Die", "Giallo", "Mr. Nice", "Fast Five", and "Fast and Furious 6". She is married to actor Chris Hemsworth, of "Thor" fame, and they have three children. 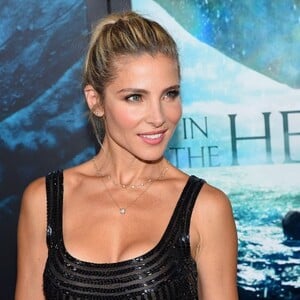