Elodie Yung Net Worth: Elodie Yung is a French actress who has a net worth of $2 million. Elodie Yung was born in Paris, France in February 1981. She graduated from the London Academy of Music and Dramatic Art as well and also earned a Master's Degree in law from the University of Paris.

Yung's first role came starring as Jade Perrin in the television series La vie devant nous from 2002 to 2003. She made her feature film debut in the 2004 movie The Great Challenge. From 2005 to 2007 Yung had a recurring role as Fanny Ledoin in the TV series Mademoiselle Joubert. She starred as Laura Maurier in the series Les bleus: premiers pas dans la police from 2006 to 2010. Elodie has also starred in the movies Fragile(s), Home Sweet Home, District 13: Ultimatum, Operation Casablanca, The Girl with the Dragon Tattoo, G.I. Joe: Retaliation, and Still. She is scheduled to star in the movies 10 Things I Hate About Life, Narcopolis, and Gods of Egypt. 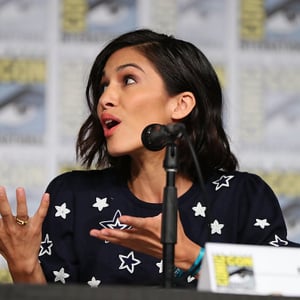