What is Elliott Gould's Net Worth?

Elliott Gould is an American actor who has a net worth of $10 million. Elliott Gould is best known for his performances in films such as "Bob & Carol & Ted & Alice" and Robert Altman's "M*A*S*H," "The Long Goodbye," and "California Split." Other film credits include "The Touch," "Capricorn One," "Bugsy," and the "Ocean's" film series. Gould has also appeared extensively on television, with notable recurring roles on "Friends" and "Ray Donovan."

Elliott Gould was born as Elliott Goldstein on August 29, 1938 in the Brooklyn borough of New York City. His father, Bernard, was a textiles buyer, while his mother, Lucille, sold artificial flowers to beauty shops. Gould is Jewish, and is of Russian, Ukrainian, and Polish descent. As a youth, he went to the Professional Children's School, a college preparatory school.

Gould started his acting career on Broadway in the late 50s. He made his debut with a minor role in the musical "Rumple" in 1957. The following year, he had another small part in the musical "Say, Darling." Gould was subsequently in "Irma La Douce," and had starring roles in "I Can Get It for You Wholesale" and "Drat! The Cat!"

In 1964, Gould made his feature film debut in William Dieterle's "Quick, Let's Get Married." He next appeared in William Friedkin's 1968 musical comedy "The Night They Raided Minsky's." Gould achieved a new level of recognition in 1969, when he starred alongside Dyan Cannon, Natalie Wood, and Robert Culp in Paul Mazursky's hit film "Bob & Carol & Ted & Alice." For his performance as Ted Henderson, Gould received an Academy Award nomination for Best Supporting Actor. He followed this with another huge success in 1970, Robert Altman's war comedy "M*A*S*H," in which he played Trapper John McIntyre. The same year, Gould starred in the comedies "Getting Straight," "Move," and "I Love My Wife." In 1971, he starred in Alan Arkin's black comedy "Little Murders" and Ingmar Bergman's romantic drama "The Touch." Two years later, Gould reunited with Robert Altman to play detective Philip Marlowe in the neo-noir thriller "The Long Goodbye." He once again starred in an Altman film in 1974, appearing opposite George Segal in the dramedy "California Split." Gould's other notable credits in the 70s include "Busting," "S*P*Y*S," "I Will, I Will… for Now," "Harry and Walter Go to New York," "A Bridge Too Far," "Matilda," "The Silent Partner," and "Capricorn One."

Gould began the 80s with starring roles in the Disney family adventure "The Last Flight of Noah's Ark" and the romantic comedy "Falling in Love Again." Another Disney film, "The Devil and Max Devlin," followed. Gould was subsequently in "Dirty Tricks," "Tramps," "Over the Brooklyn Bridge," "The Naked Face," "Inside Out," "Lethal Obsession," "My First Forty Years," "The Telephone," and "Dangerous Love." He closed out the decade with four films in 1989: "Night Visitor," "The Lemon Sisters," "Massacre Play," and "Secret Scandal." 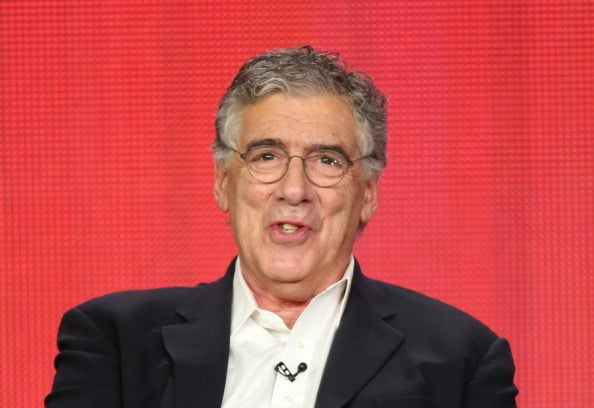 In the early 90s, Gould appeared in "I'll Be Going Now" and "Dead Men Don't Die," and earned praise for his supporting performance as aging mobster Harry Greenberg in the biographical crime film "Bugsy." He was also in "Beyond Justice," "The Player," "Wet and Wild Summer!," and "Amore!" Gould continued to take numerous supporting roles throughout the decade in such films as "The Glass Shield," "A Boy Called Hate," "Kicking and Screaming," "johns," "The Big Hit," and "American History X."

Kicking off the 2000s, Gould appeared in "Playing Mona Lisa" and "Picking Up the Pieces." He next had one of his most popular roles in Steven Soderbergh's remake of "Ocean's Eleven," playing wealthy former casino owner Reuben Tishkoff. Gould would later reprise this role in the sequels "Ocean's Twelve" and "Ocean's Thirteen," as well as in the spinoff "Ocean's 8." His other notable credits have included "The Caller," "Expecting Mary," "Morning," "Contagion," "Ruby Sparks," "Humor Me," and "Dangerous Lies."

Gould first appeared on television in 1964, playing the Jester in the television film "Once Upon a Mattress." He didn't return to the small screen until 1972. Later, from 1975 to 1980, he hosted six episodes of "Saturday Night Live." Gould had his first major role on a television series from 1984 to 1986, when he played Dr. Howard Sheinfeld on the CBS medical sitcom "E/R." In the latter half of the 80s, he appeared in episodes of "The Twilight Zone" and "Together We Stand," and was in the television films "Conspiracy: The Trial of the Chicago 8," "Frog," and "Act of Betrayal."

Gould appeared on numerous shows in the 90s, including "L.A. Law," "Moon Over Miami," "Burke's Law," and "Mentors." In 1998, he had a main role on the Fox sitcom "Getting Personal." Gould's most notable role during the decade, however, came on the NBC sitcom "Friends," on which he played the father of Ross and Monica. He recurred in this role for 20 episodes through 2003. Toward the end of his run on the show, he starred on the short-lived sitcom "Baby Bob." This was followed by guest appearances on such shows as "Las Vegas," "Crumbs," "Law & Order," "CSI: Crime Scene Investigation," and "The Cape." Gould had his next significant role from 2013 to 2016, playing Ezra Goldman on the crime series "Ray Donovan." Other major credits include the sitcoms "Mulaney" and "9JKL" and the CBS drama "Doubt."

In 1963, Gould married Barbra Streisand, whom he had met while starring on Broadway in "I Can Get It for You Wholesale." The pair had a son named Jason, and divorced in 1971. Two years later, Gould wed Jennifer Bogart; prior to their marriage, they had two children named Molly and Samuel. Gould and Bogart divorced in 1975, before getting married again in 1978. They later divorced for a second time in 1989.