How much is Ellen Pompeo Worth?

Ellen Pompeo Net Worth and Salary: Ellen Pompeo is an American actress who has a net worth of $80 million dollars. Ellen Pompeo is probably best known for her role as Meredith Grey in the ABC medical drama "Grey's Anatomy." That role made Ellen one of the highest-paid actresses on the planet. She earns around $20 million per year from the role, thanks to her $550,000 per-episode salary PLUS syndication royalties and revenue.

Early Life: Ellen Kathleen Pompeo was born on November 10, 1969 in Everett, Massachusetts. She was brought up Catholic by her parents Joseph and Kathleen Pompeo. Sadly, her mother died at age 33 of a painkiller overdose when Ellen was just five. Her father remarried soon after. Ellen is the youngest of five siblings–three sisters and two brothers.

Early Acting Career: In the mid-1990s, Ellen moved to Miami where she worked as a bartender. She then moved to New York City in 1995 with a boyfriend while pursuing a modeling career. While in New York, she was discovered by a casting director and was invited to appear in various ads for Citibank and L'Oreal. She made her TV debut in 1996 when she guest starred in NBC's "Law & Order." Her feature film debut was a small part in 1999's "Coming Soon." She appeared again on "Law & Order" in 2000.

Pompeo moved to Los Angeles in 2001 and appeared in the movie "Mambo Cafe". A turning point came when she was cast in the 2002 movie "Moonlight Mile", playing Jake Gyllenhaal's sympathetic love interest. Her performance caught the attention of critics, with many commentators noting that she was considered Academy Award nomination worthy. In 2002, she appeared in "Catch Me If You Can." In 2003 she was in the Luke Wilson/Will Ferrell comedy "Old School." She then portrayed Jim Carrey's ex-girlfriend, Naomi, in the 2004 film "Eternal Sunshine of the Spotless Mind", though her scenes were eventually cut from the film. In 2003, Pompeo played the role of Karen Page in the Marvel movie "Daredevil."

Breakthrough: In 2005 Ellen's career launched to the stratosphere after she was cast in the ABC medical drama "Grey's Anatomy" helmed by Shonda Rhimes. Pompeo was cast as the lead role and title character Meredith Grey, a surgical intern at the fictional Seattle Grace Hospital. The timing could not have been better. Ellen would later admit that she was "perilously close" to being broke when she read the pilot script. The show was an immediate hit and well received by critics. Her performance has nabbed her five People's Choice Award nominations and three wins. In 2007, Pompeo was nominated for a Golden Globe for Best Performance by an Actress in a Drama series, and "Grey's Anatomy" won Best Drama Series that same year. Later that year, Pompeo was honored at a black-tie gala by the National Italian American Foundation for her achievement in entertainment.  As of this writing, "Grey's Anatomy"  has aired more than 363 episodes over 16 seasons.

In 2011, Pompeo launched her own production company called Calamity Jane and sold its first project to ABC. Pompeo appeared in the music video for Taylor Swift's "Bad Blood" in 2014. Since 2011, Pompeo has been involved with other projects as a producer and made her directorial debut with a Grey's Anatomy episode in season 13. On August 14, Pompeo announced she was developing two dramas for ABC studios. She was listed as a co-producer for a Grey's Anatomy spinoff titled "Station 19." In 2019, Pompeo appeared as a guest judge on "RuPaul's Drag Race: All Stars." 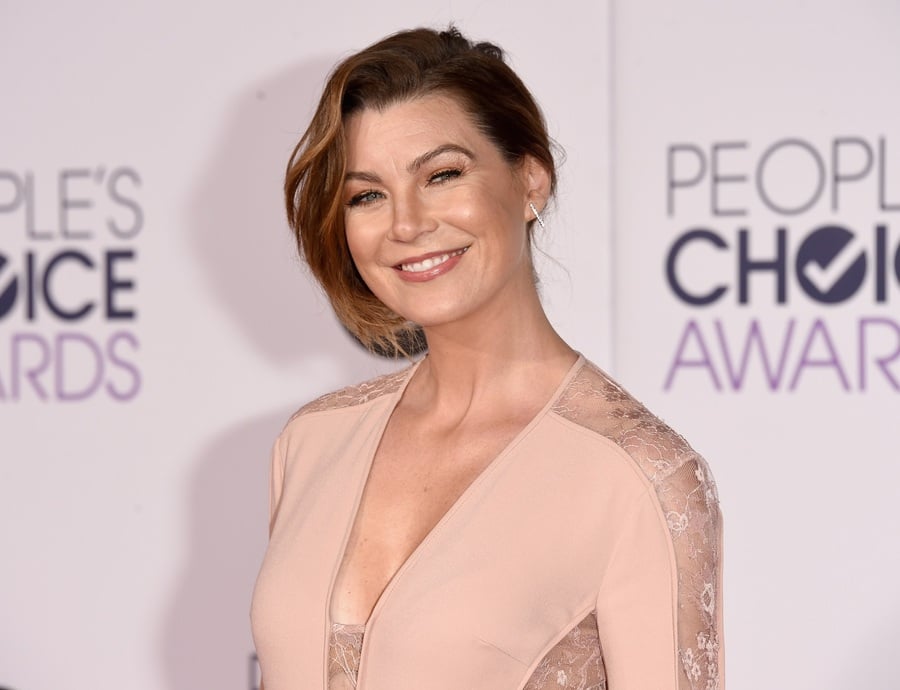 Ellen Pompeo Grey's Anatomy Salary: For seasons 11 and 12 Ellen earned a total of $300,000 per episode, roughly $7.5 million per year. For seasons 13 and 14 she earned $350,000 per episode, roughly $8.7 million per year. At this point she did not own any backend equity points on the show. After the 14th season wrapped, Ellen began negotiations for a new contract. Ellen actually approached Grey's creator Shonda Rhimes for negotiating advice. Shonda told her:

When negotiations were over Ellen walked away with a per episode pay bump to $575,000. That brought her single-season salary up to $14.4 million. But that's not all! She also was given two backend percentage points on the show's syndication profits. Every year that brings Ellen an additional $6-7 million. In total, starting at season 15, Ellen will earn a bit more than $20 million for "Grey's Anatomy." But that's still not all! Ellen's new deal also gives her a producer credit on future Grey's spinoffs and pilot commitments for her production company.

Personal Life: Pompeo married music producer Chris Ivery on November 9, 2007 with New York City mayor Michael Bloomberg serving as the legal witness to the ceremony. They met in 2003 at a Los Angeles grocery store. They have three children together, two daughters and a son.

Pompeo has long been rumored by the media to have an eating disorder, which she has firmly denied. She has heavily criticized reports, stating she is worried about the young women who look up to her getting the wrong idea. Pompeo, along with Shonda Rhimes, Kerry Washington, and Viola Davis, appeared in an ad campaign supporting Hillary Clinton for the 2016 election. 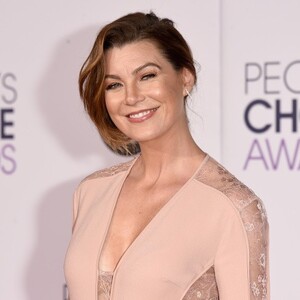