What is Elliot Page's Net Worth?

Elliot Page, formerly known as Ellen Page, is a Canadian actor and director who has a net worth of $8 million. Elliot Page has received numerous awards and accolades for his performances in television shows and films like "Trailer Park Boys," "Hard Candy," "Juno," and "Tallulah," among others. Page is also an in-demand voice over artist and celebrity endorser. Page is a very active philanthropist who has lent their voice to many different causes. Page is especially vocal about ending the dictatorship in Burma.

His mother worked as a teacher while his father was a graphic designer. He was assigned female at birth and went by the name Ellen prior to transitioning. Page attended Halifax Grammer School, Queen Elizabeth High School, and then the Shambhala School, from where he graduated in 2005. He then spent two years in Toronto studying at the Interact Program at Vaughan Road Academy. Throughout much of this time, he had been acting, landing his first role at the age of 10 in the television movie, "Pit Pony."

After the success of "Pit Pony," Page landed a role in the television spin-off series of the same name, which was on air from 1999 to 2000. For his role, he was nominated for a Young Artist Award. In 2002, he appeared in the film "Marion Bridge" and was also cast in the television series, "Trailer Park Boys" as character Treena Lahey, appearing in five episodes. In 2003, he had roles in "Touch & Go" and "Love That Bo," as well as a number of television films. For his role in the film "Ghost Cat," he won the Gemini Award for Best Performance in a Children's or Youth Program or Series.

In 2004, Page appeared in "Willy Wonderful" and was recognized with an award at the Atlantic Film Festival. He also received a nomination for a Genie Award. He also appeared as a recurring character in the series, "ReGenesis."

Page's breakout role came in 2005 when he appeared in the film "Hard Candy," portraying character Hayley Stark. The film was both critically and commercially successful and he won the Austin Film Critics Association Award for Best Actress in 2006, in addition to numerous other award nominations. In 2006, he appeared in "X-Men: The Last Stand," which went no to be a commercial success.

Following the massive success of "Juno," Page appeared in "An American Crime" and "The Tracey Fragments" in 2007. In 2007, he co-starred in "Smart People," which premiered at the Sundance Film Festival. He also was invited to host "Saturday Night Live" in 2008. The following year, he appeared in the 2009 directorial debut of Drew Barrymore – the film "Whip It" – in which Page portrays a member of a roller derby team. The film was successful and premiered at the Toronto International Film Festival. 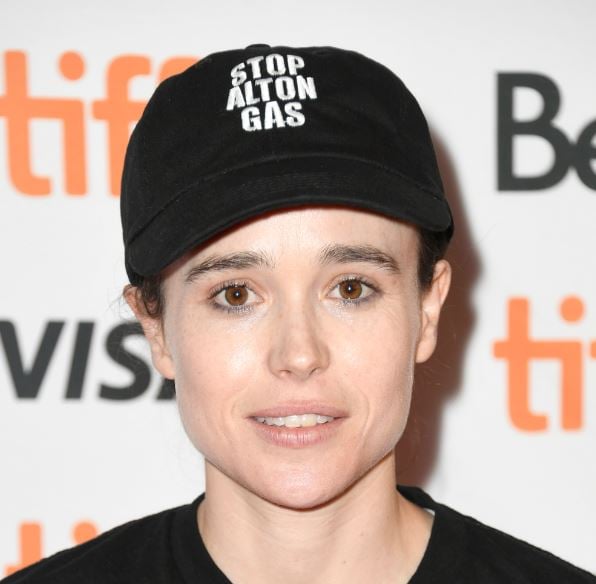 The same year, Page was cast in Christopher Nolan's thriller, "Inception." The film was very successful both critically and commercially. Page was nominated for a Saturn Award and an MTV Award for his performance. In 2010, he also appeared in the film, "The Super" and then in the film "Peacock."

Page starred in and produced the 2015 film, "Freeheld," which received mixed reviews. He then co-starred in the film "Tallulah" and received positive critical reviews for his performance. In 2017, he was cast as the main character in "The Umbrella Academy," which became a critically successful show. He also stared in the miniseries, "Tales of the City," in 2019 and then directed and produced the documentary, "There's Something in the Water," which premiered at the Toronto Film Festival and garnered positive reviews.

In September of 2021, Page launched his own production company, Page Boy Productions.

On February 14, 2014, Ellen Page announced to the world that she was sick of hiding the fact that was gay. At the time, he was still presenting as female.

In January of 2018, Page announced that he had married dancer and choreographer, Emma Portner. They had met after Page had started following Portner on Instagram in 2017. In mid-2020, the couple separated and then Page filed for divorce in January of 2021, which was finalized soon after.

In December of 2020, Page out as transgender on his social media accounts and revealed his new name, Elliot. He stated at the time that he felt compelled to share his story due to all of the anti-transgender rhetoric in politics. A few months later, in March of 2021, he appeared as the first openly trans man to appear on the cover of "Time" magazine. In the included interview, he stated that he was queer and nonbinary and was in the process of recovering for undergoing top surgery. He also stated he had felt like he was a boy since the age of nine. 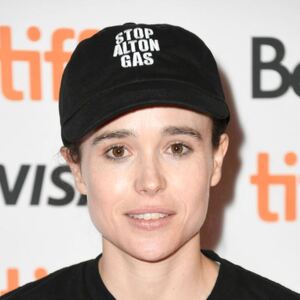