Ellen Muth net worth: Ellen Muth is an American actress who has a net worth of $500 thousand. Ellen Anna Muth was born in Milford, Connecticut in March 1981. She is known for playing the role of George Lass in the TV series Dead Like Me. Muth worked as a model for Ford Models and Rascal's Agency.

She studied acting at the Lee Strasberg Theatre and Film Institute in New York City. In 1993 she started acting in commercials. Her first role came in the movie Dolores Claiborne in 1995. Her next role was an appearance on the TV show Law & Order in 1997. She went on to appear in the movies The Young Girl and the Monsoon, Rain, and A Gentleman's Game, and the TV movies Only Love, The Truth About Jane, Cora Unashamed, Superfire, and Two Against Time. She also appeared in the TV shows Law & Order: Special Victims Unit, and Normal, Ohio. Her best known role came as Georgia "George" Lass in the Showtime series Dead Like Me from 2003 to 2004. In 2012 she appeared in the films Margarine Wars and Rudyard Kipling's Mark of the Beast. In 2013 Ellen had a recurring role on the series Hannibal. Muth has won awards at the Tokyo International Film Festival in 1995 and the AFI Fest in 1999. She was nominated for a Saturn Award and a Golden Satellite Award in 2004 for Dead Like Me. 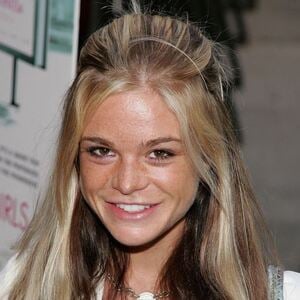