Ellen Burstyn Net Worth and Salary: Ellen Burstyn, born Edna Rae Gillooly, is and American actress with roots in theaters who has a net worth of $20 million. Ellen Burstyn was born on December 7, 1932. Burstyn was born to Correine Marie and John Austin Gillooly in Detroit, Michigan. She is the couple's second child. Her older brother is Jack Gillooly and her younger brother is Steve Gillooly. When she was young, Ellen's parents were divorced and she and her brothers went to live with her mother and stepfather.

Burstyn attended Cass Technical High School with a major in fashion illustration. Her time in school was short as she dropped out after failing her classes. After high school, Burstyn got a job modeling in a Detroit department store. She would eventually move to Dallas, where she continued to model. Her acting career started in 1955 when she went to New York and appeared as the "away we go" girl on the "The Jackie Gleason Show". This was when she decided to change her name to Ellen Mcrae. Later, she married Neil Burstyn in 1964. He committed suicide in 1978.

Burstyn became a very successful actress. She was nominated for Best Supporting Actress for her first Academy Award from her role in the much-acclaimed drama, "The Last Picture" in 1971. After proving herself, Burstyn was often cast for lead roles. Her second nomination came shortly after her rise to fame with her performance for "The Exorcist" in 1973. She finally took home the Academy Award in 1974 for her role Alice Hyatt in the featured film by Martin Scorsese, "Alice Doesn't Live Here Anymore."

Burstyn's impressive career saw her winning the Tony Award in 1975 in favor of her leading role in the Broadway film "Same Time, Next Year," in which she went on to receive a Golden Globe Award and her 4th nomination for Academy Award for her glamorous presence in the film version of the Broadway production. Her versatility in acting both on stage and film has brought her much success and she became one of the few actresses in Hollywood, who have achieved the prestige Triple Crown of Acting.

Real Estate: Ellen's primary residence is a 3000 square foot home in New York's Hudson Valley region which she purchased in 1989 for $750,000. She reportedly spent several million dollars renovating the home. Similar homes in the area routinely sell for $4-5 million. 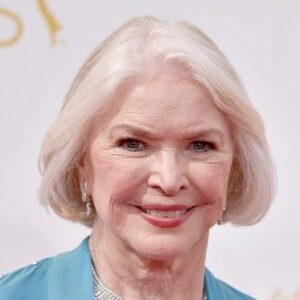