Ellen Barkin Net Worth: Ellen Barkin is an American actress who has a net worth of $80 million. After breaking into the mainstream with a role in the 1982 film "Diner," Ellen became one of the most recognizable figures in Hollywood with a number of leading roles. She is known for her 'tough-cookie persona.' Barkin's trademark squinting eyes and slightly off-kilter facial features set her apart from the typical Hollywood female stereotype. These unorthodox features helped her land a defining role in "Sea of Love" alongside Al Pacino.

She earned a nomination for a Golden Globe with 1991's "Switch," and she followed up with a number of notable appearances in various films throughout the 90s. Her film career continued long into the 2000s and the 2010s, and in 2011 she made her Broadway debut. Barkin is also known for her television work in series such as "Animal Kingdom." Outside of acting, Ellen is a successful producer with a number of credits to her name.

Early Life: Ellen Rona Barkin was born on April 16th of 1954 in The Bronx, New York. Raised in a Jewish household, Ellen was raised in Flushing, New York. After graduating from Manhattan's High School of Performing Arts, she attended Hunter College and studied history and drama. Having achieved her double major, Barkin briefly considered becoming an ancient history teacher. However, she continued her acting education at the renowned Actors Studio in New York City. According to one interview, Ellen stated that she studied acting for ten years before she landed her first audition.

Career: Barkin's breakthrough came with the 1982 film "Diner." After receiving strong reviews, she was cast in "Tender Mercies" in 1983. Having established herself in Hollywood, Ellen booked a number of notable roles throughout the late 80s in films like "The Big Easy" and "Sea of Love." During this period, she also appeared in a range of off-Broadway plays.

In the late 90s, she earned an Emmy for her performance in the made-for-television film "Before Women Had Wings." "Switch" was another notable film for Barkin, and her performance earned her more award nominations. Throughout the late 90s, she booked roles in movies like "The White River Kid" and "Fear and Loathing in Las Vegas." In 2007, Ellen appeared in "Ocean's Thirteen."

Barkin's Broadway debut came in 2011 with "The Normal Heart," a play that earned her a Tony Award. During this period, one of her most notable films was "Another Happy Day," and her performance resulted in widespread critical acclaim. Towards the mid-2010s, Barkin appeared in television series such as "Happyish" and "Animal Kingdom."

Relationships: Barkin's first husband was the actor Gabriel Byrne, and the pair were married in 1988. Over the course of their marriage, Byrne and Barkin had two children together before divorcing in 1999. The split was amicable, and Gabriel even attended Ellen's wedding one year later to billionaire Ronald Perelman. Ron and Ellen remained married for the next six years before divorcing in 2006.

Divorce Settlement: Her settlement from the divorce was $40 million. According to some reports, Ellen was "surprised" by Perelman's lawyers with divorce papers, and she was ordered to move out of their home while being watched by her ex-husband's security guards. The separation had a severe emotional impact on Barkin, who admits that she loved Perelman. On the other hand, Ellen contends that Ron saw her as more of an "accessory," or a trophy wife. In 2007, she sued Perelman, alleging that he had promised to invest $3.4 million into her new film production company. A judge eventually ordered Ron to pay her $4.3 million.

Jewelry Collection: Following her divorce with Perelman, Barkin found herself in the possession of over 100 pieces of extremely valuable jewelry. These pieces were valued at $15 million in 2006, and Ellen decided to sell them at Christie's at the Rockefeller Center. Many (if not all) of these pieces were given to her as presents from her ex-husband. Her jewelry collection included a 32-carat apricot diamond ring given to her by Ron just weeks before the divorce. She also owned a pair of $80,000 emerald and gold cuffs intended for the Duchess of Windsor.

Another emerald necklace was valued at $350,000, and it was once worn by Doris Duke. Her antique pearl necklace was also auctioned off, and it was valued at around $500,000. Many of her pieces were created by the ultra-exclusive jeweler "JAR," who only produces about 80 pieces each year. According to rumors, Barkin wore a 16.94-carat diamond (worth about $700,000) pendant to bed.

After the split, Ellen came to the conclusion that many of these pieces were "chunky and audacious," advancing the stereotype of a trophy wife laden with loud, obnoxious jewelry. When she announced that she was selling her jewelry collection, she also stated that she would use the proceeds of the auction to fund her new film production company. According to reports, Barkin's jewelry collection fetched over $20 million at the auction.

Real Estate: In 2006, Ellen Barkin apparently purchased a $7.5-million townhouse in West Village, Manhattan. She purchased the property after being "ousted" from her ex-husband's mansion on the nearby Upper East Side. Barkin stated that while she enjoyed the home, she would rather be living in an apartment. Nevertheless, Ellen reportedly "loved" the neighborhood that the Greek Revival townhouse was situated in. Built in 1841, the 20-foot-wide home underwent extensive renovations after being acquired by an earlier buyer in 2002 for $2.6 million. 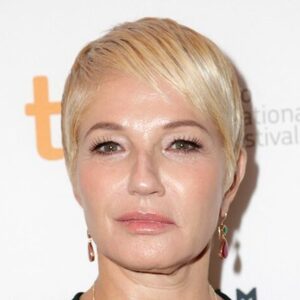