What is Elle Fanning's Net Worth and Salary?

Elle Fanning is an American actress who has a net worth of $6 million. Elle Fanning is perhaps best known for movies like "Maleficent", "Super 8" and "The Neon Demon" and television series like "The Great," and "The Girl from Plainville."

Mary Elle Fanning was born on April 9, 1998, in Conyers, Georgia to Heather Joy, a professional tennis player, and Steven J. Fanning, a minor league baseball player turned electronics salesman. Her grandfather is football player Rick Arrington and her grandmother is ESPN reporter Jill Arrington. Elle followed in her older sister, Dakota Fanning, footsteps in becoming an actress. The sisters were brought up in the Southern Baptist denomination.

Elle began her acting career at the young age of two. She made her start with a minor role as her sister's younger self in "I Am Sam" (2001). Fanning attended her first big Hollywood premiere when she was just three years old. Elle would continue to portray more textured characters in adult-oriented movies in the years to follow. In 2002, Elle again played the younger version of her sister Dakota in "Taken." Once she gave an incredible performance as a hell-raising toddler in the family comedy "Daddy Day Care" (2003), she secured her guest appearances on a string of popular TV shows like "CSI: Miami," "Judging Amy," and "Law & Order: Special Victims Unit". Later in 2003, Fanning appeared as Sweetie Pie Thomas in "Because of Winn-Dixie." She then appeared in two movies with her sister Dakota, "My Neighbor Totoro" and "Charlotte's Web." In 2004, she starred with Kim Basinger, playing the role of young Ruth Cole, in "The Door in the Floor." Fanning followed this up with 2005's "I Want Someone to Eat Cheese With."

Subsequently, she could be also seen in critically acclaimed dramas like "Babel" (2005), "Reservation Road" in 2007 when she played the grieving daughter of Grace and Ethan Learner, and alongside Brad Pitt and Cate Blanchett. "The Curious Case of Benjamin Button" (2008). During her teen and pre-teen years, Fanning was often cast as older characters due to her taller-than-average stature. In March 2009, Elle and Dakota were scheduled to star together in "My Sister's Keeper," but the deal fell through when Dakota was unwilling to shave her head for the role. The sisters were replaced by Abigail Breslin and Sofia Vassilieva.

Fanning went on to score major roles in "Phoebe in Wonderland," (2008) and Sophia Coppola's "Somewhere" (2009). In late 2010, Fanning began filming Francis Ford Coppola's 2011 film "Twixt," playing the role of a young ghost named "V." In 2011, Fanning starred as Alice Dainaird in J.J. Abrams' science fiction drama "Super 8." The movie was hugely successful and The Telegraph cited Fanning's performance as one of the film's best aspects. In December 2011, Fanning co-starred in Cameron Crowe's "We Bought a Zoo." 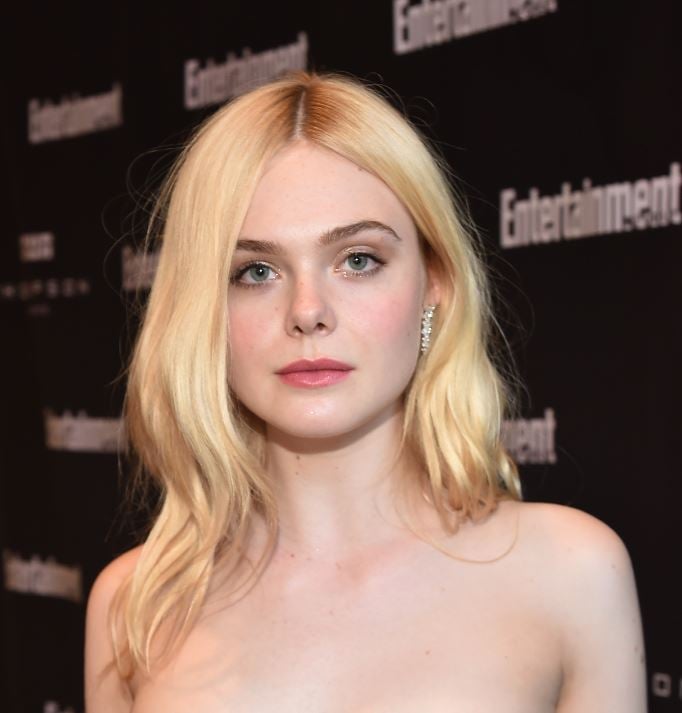 What's more, she also fetched big praise and awards buzz for "Ginger & Rosa" (2012). Fanning then went on to star alongside Angelina Jolie in the 2014 Disney film "Maleficent." Fanning played the part of the Sleeping Beauty, Princess Aurora. Later that year, she appeared in the science fiction western "Young Ones" and starred in the biopic "Low Down" about jazz pianist Joe Albany. In 2015, Fanning played Bryan Cranston's daughter in "Trumbo" and also starred in "3 Generations" alongside Naomi Watts and Susan Sarandon. In 2016, Fanning played the role of Jesse in "The Neon Demon", which did poorly at the box office. That same year, she co-starred in "20th Century Women" opposite Greta Gerwig and Annette Bening.

Fanning then co-starred in Ben Affleck's drama "Live by Night." In 2015, Fanning was in "The Vanishing of Sidney Hall" and later that year appeared in "How to Talk to Girls at Parties", based on a short story by Neil Gaiman. She then reunited with Sofia Coppola in "The Beguiled" and starred as the title character in the Irish American-romance "Mary Shelley." In 2018, Fanning starred with Peter Dinklage in the post-apocalyptic film "I Think We're Alone Now." Later that year, she starred opposite Ben Foster in "Galveston" and in "Teen Spirit." In 2019, Fanning reprised her role in "Maleficent: Mistress of Evil." 2020 saw Fanning starring in two films, "All the Bright Places," "The Roads Not Taken," and Hulu's historical comedy series "The Great," which she not only starred in as Catherine the Great but also executive produced. In 2022 Fanning starred alongside her sister in "The Nightingale" and the Hulu miniseries "The Girl From Plainville."

Elle has been nominated for several Young Artist Awards. She won the Young Hollywood Award for Actress of the Year for her performance in "Somewhere." She also won a Spotlight Award for "The Nutcracker in 3D." She was also nominated for loads of awards for "Super 8" and was given nods for her work in "Ginger & Rosa," "Maleficent," "Trumbo," "20th Century Women", and "The Great."

Making a career of her own away from her sister's shadow, Elle Fanning is one of Hollywood's fast-rising stars with a bright future ahead.

In 2019, it was revealed that Fanning was dating English actor Max Minghella, who fans might recognize from "The Handmaid's Tale" and "The Social Network." Fanning is a huge fan of Marilyn Monroe and Beyonce. She is a trained ballet dancer and takes hip-hop and jazz dance lessons.