What is Elke Sommer's net worth?

Elke Sommer is a German actress, singer, model, and painter who has a net worth of $20 million dollars. Over a multi-decade career, Elke appeared in over 100 TV shows and films. Elke Sommer achieved fame on the big screen in the 60s and 70s. She appeared in a wide range of films during those decades, with some notable credits including "The Prize," "A Shot in the Dark," "The Money Trap," "Percy," "Trip to Vienna," "One Away," and "The Treasure Seekers." Later, in the 80s and 90s, Sommer appeared on various television series and in TV movies. More recently, she has appeared in multiple German productions. She also released several successful albums. She is now primarily focused on her painting career in Los Angeles.

Elke Sommer was born on November 5, 1940 in Berlin in what was then the German Reich. Her parents were Renata and Lutheran minister Baron Peter von Schletz. In 1942, the family was evacuated to the small village of Niederndorf. There, Sommer went to a college preparatory high school. A little later, she relocated to the United Kingdom to become an au pair while honing her English speaking skills.

While vacationing in Italy in the late 50s, Sommer was spotted by famed filmmaker Vittorio De Sica. She subsequently appeared in four Italian films in 1959: the comedies "The Friend of the Jaguar," "Men and Noblemen," and "La Pica sul Pacifico," and the musical "Ragazzi del Juke-Box." Also in 1959, Sommer starred in the West German films "The Death Ship" and "The Day the Rains Came."

Film Career in the 60s

In the 60s, Sommer became one of the biggest international stars of cinema, appearing in myriad films from around the world. Her credits early in the decade include the West German drama "Stage Fright"; the Italian romantic comedy "Femmine di Lusso"; the British comedy "Don't Bother to Knock"; the German comedy "Beloved Impostor"; the German musical "Café Oriental"; the French drama "Douce Violence"; the German drama "The Phone Rings Every Night"; and the French thriller "Les Bricoleurs." In 1963, Sommer appeared in two major English-language films: the British-American war film "The Victors" and the American spy film "The Prize," in which she starred opposite Paul Newman and Edward G. Robinson. Next, in 1964, Sommer had notable roles in the "Pink Panther" sequel "A Shot in the Dark" and the Western "Among Vultures."

Sommer continued to be prolific on the big screen throughout the latter half of the 60s. In 1965, she starred in the American films "The Art of Love" and "The Money Trap," and also appeared as herself in the German thriller "Hotel der toten Gäste." Sommer subsequently had memorable starring roles in "The Oscar"; "Boy, Did I Get a Wrong Number!"; "The Venetian Affair"; "The Corrupt Ones"; "The Wicked Dreams of Paula Schultz"; and "They Came to Rob Las Vegas." Her final role of the decade was in the spy comedy "The Wrecking Crew," costarring Dean Martin and Sharon Tate. 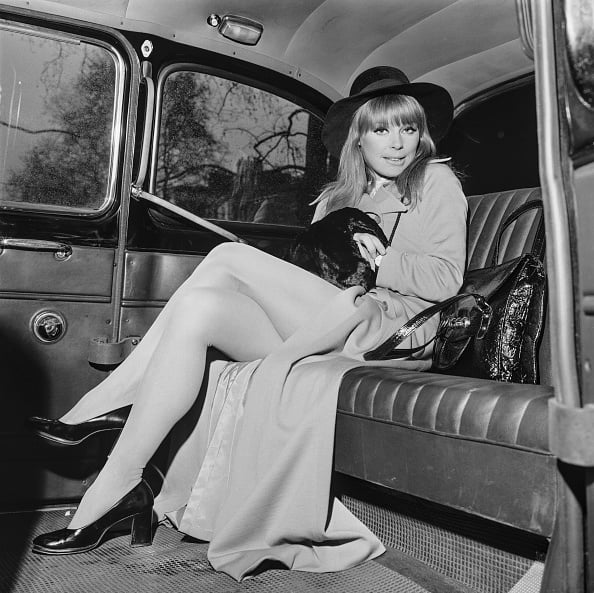 Sommer had another prolific decade in the 70s, beginning with the adventure film "The Invincible Six." Next, she starred in the British comedy "Percy" and the action-war film "Zeppelin." In 1972, Sommer was in Mario Bava's horror film "Baron Blood"; she reunited with the director two years later to star in "Lisa and the Devil." During this time, Sommer also appeared in the German films "Trip to Vienna" and "One or the Other of Us" and the 1974 adaptation of Agatha Christie's "And Then There Were None." In 1975, Sommer starred in "The Net" and "Carry On Behind," the latter of which was part of the "Carry On" series of British comedy films. Sommer had three films in 1976, all action movies: "The Swiss Conspiracy," "Meet Him and Die," and "One Away." She was subsequently in "The Astral Factor" and "I Miss You, Hugs and Kisses." Sommer closed out the 70s with "The Prisoner of Zenda," "The Double McGuffin," "The Treasure Seekers," and "A Nightingale Sang in Berkeley Square."

Following her prolific run in the 60s and 70s, Sommer acted less frequently. Her film credits in the 80s include "Exit Sunset Boulevard," "The Man in Pyjamas," "Lily in Love," and "Himmelsheim." In the 90s, Sommer appeared in the direct-to-video film "Severed Ties."

On the small screen, Sommer appeared often on "The Dean Martin Show," "The Tonight Show Starring Johnny Carson," and "Hollywood Squares." In the 80s, she had a notable gig hosting the syndicated show "The Exciting World of Speed and Beauty." Also that decade, she portrayed Magda Goebbels in the television film "Inside the Third Reich" and Isabel Von Hohenstauffen in "Anastasia: The Mystery of Anna." Sommer also appeared on the television series "Jenny's War," "Peter the Great," and "St. Elsewhere." She was on more television series in the 90s, including "Counterstrike," "Destiny Ridge," and "Gisbert." In the 2000s, Sommer appeared in a number of German television films such as "Reblaus" and "Ewig Rauschen die Gelder."

In 1984, Sommer began a long-running feud with actress and socialite Zsa Zsa Gabor, who had appeared alongside her on the annual television special "Circus of the Stars." The conflict evolved into a multimillion-dollar libel suit in which Sommer alleged she was defamed by Gabor and her husband Frédéric Prinz von Anhalt. Ultimately, Sommer was awarded over $3 million in damages.

For several decades, Elke lived in a 4,000 square-foot mansion in Los Angeles that features a pool and tennis court. She listed this home for sale in March 2022 for $10.75 million.