What is Elizabeth Perkins' Net Worth?

Elizabeth Perkins is an American actress who has a net worth of $5 million dollars. Elizabeth Perkins is an actress, best known for her performances in such films as "About Last Night," "Big," "Avalon," and "He Said, She Said." On television, she received acclaim for her role as Celia Hodes on the Showtime series "Weeds," for which she earned multiple Emmy and Golden Globe Award nominations. Perkins has also had roles on the shows "This is Us," "GLOW," "Sharp Objects," "The Moodys," and "Truth Be Told."

Elizabeth Perkins was born in 1960 in the Queens borough of New York City to James, a writer, farmer, and businessman, and Jo, a drug treatment counselor. She is of Greek descent on her father's side. Perkins was raised in Colrain, Massachusetts, and when she was around three, her parents divorced. She got her start in acting early on, performing with the nonprofit community theatre group Arena Civic Theatre. Perkins went to the elite preparatory school Northfield Mount Hermon School, and subsequently moved to Chicago to attend DePaul University's Goodman School of Drama from 1978 to 1981. In 1984, she made her Broadway debut in Neil Simon's "Brighton Beach Memoirs." Following this, Perkins worked with a variety of ensemble companies, including Steppenwolf Theater and the New York Shakespeare Festival.

Perkins made her feature film debut in 1986, appearing opposite Rob Lowe, Demi Moore, and James Belushi in Edward Zwick's Chicago-set romantic dramedy "About Last Night." The following year, she starred in the courtroom dramedy "From the Hip," with Judd Nelson. Perkins had her breakthrough in 1988, starring in two films. In "Sweet Hearts Dance," she appeared alongside Don Johnson, Jeff Daniels, and Susan Sarandon, while in the smash hit "Big," she starred opposite Tom Hanks.

Perkins continued her success in 1990, when she starred in the mystery film "Love at Large," the comedy "Enid is Sleeping," and Barry Levinson's historical drama "Avalon." The next year, she gained recognition for two leading roles: in the romantic dramedy "He Said, She Said," in which she starred opposite Kevin Bacon, and in the drama "The Doctor," in which she played a cancer patient opposite William Hurt. Perkins' subsequent credits included "Indian Summer"; the big-screen live-action adaptation of "The Flintstones"; the 1994 remake of "Miracle on 34th Street"; the dramedy "Moonlight and Valentino," costarring Gwyneth Paltrow, Kathleen Turner, and Whoopi Goldberg; the literary adaptation "I'm Losing You"; and Antonio Banderas' "Crazy in Alabama."

In 2000, Perkins appeared as the sister of Sandra Bullock's main character in the dramedy "28 Days." Following this, she had roles in the family comedy "Cats & Dogs" and the coming-of-age film "All I Want." Perkins next had a small but notable role in the 2003 Pixar animated film "Finding Nemo," in which she voiced Nemo's short-lived mother Coral. She was subsequently in the teen coming-of-age drama "Speak" and the Martin Short comedy "Jiminy Glick in Lalawood." Perkins had a big year in 2005, appearing in five films; among them were the supernatural horror sequel "The Ring Two," the romcom "Must Love Dogs," and the drama "Fierce People," costarring Diane Lane, Donald Sutherland, Kristen Stewart, Anton Yelchin, and Chris Evans. After taking a six-year hiatus from the movies, Perkins returned in 2011 to star opposite James Marsden and Gary Cole in the Easter-themed fantasy comedy "Hop." 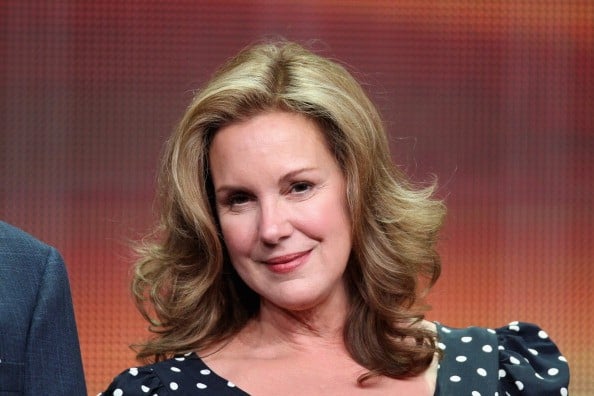 In 1993, Perkins made her small-screen debut in the television film "For Their Own Good." She continued to appear in television films throughout the decade, such as "Cloned" and "Rescuers: Stories of Courage: Two Women." In 2000, Perkins landed her first main role in a series in the NBC sitcom "Battery Park"; however, the show was canceled after only four episodes were aired. The actress then returned to television films, appearing in 2001's "What Girls Learn" and 2002's "My Sister's Keeper." From 2002 to 2004, she lent her voice to episodes of "King of the Hill," and in 2005, appeared in two episodes of "Hercules."

Perkins had her best-known television role from 2005 to 2009, when she played alcoholic PTA mom Celia Hodes on the Showtime series "Weeds." For her work, she earned three Emmy Award nominations and two Golden Globe nominations. Following her departure from "Weeds," Perkins appeared in episodes of "Monk" and "The Closer." She had her next major role in 2013, starring on the short-lived ABC sitcom "How to Live with Your Parents (For the Rest of Your Life)." The next year, Perkins appeared in episodes of "How to Get Away with Murder" and the BBC series "One Child." She subsequently had a number of recurring roles, including Janet Malone on "This is Us," Birdie on "GLOW," and Marilyn on "Curb Your Enthusiasm." In 2018, Perkins had a main role on the HBO miniseries "Sharp Objects." The year after, she began playing main roles on the Fox comedy "The Moodys" and the Apple TV+ streaming series "Truth Be Told."

In 1984, Perkins wed actor and theatre director Terry Kinney; they later divorced in 1988. She was subsequently in a relationship with Maurice Phillips, with whom she had a daughter named Hannah in 1991. Later, in 2000, Perkins married Argentine-American cinematographer Julio Macat, from whom she gained three stepsons named Alexander, Andreas, and Maximillian.

In 2006 Elizabeth paid $1.5 million for a home in the Sherman Oaks suburb of Los Angeles. Today this home is worth an estimated $3 million. 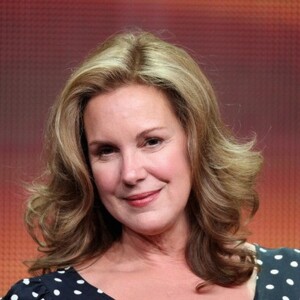