How much is Elizabeth Hurley Worth?

Elizabeth Hurley Net Worth and Salary: Elizabeth Hurley is an English actress, model, and businesswoman who has a net worth of $50 million dollars. Elizabeth rose to prominence in the 1990s thanks to films like "Austin Powers: International Man of Mystery" (1997) and "EDtv" (1999). In 1994, while attending the premiere of "Four Weddings and a Funeral" with boyfriend Hugh Grant, Hurley gained attention after walking the red carpet in a revealing black Versace dress that was held together with oversized gold safety pins. The following year, she landed her first modeling job, becoming a spokesmodel for Estée Lauder. As an actress, Elizabeth has appeared in more than 40 film and television projects, including "Passenger 57" (1992), "Bedazzled" (2000), "Serving Sara" (2002), and "Gossip Girl" (2011–2012). From 2015 to 2018, she appeared in 40 episodes of the E! comedy series "The Royals," and she began starring on Hulu's "Runaways" in 2019.

Early Life: Elizabeth Hurley was born Elizabeth Jane Hurley on June 10, 1965, in Basingstoke, Hampshire, England. Her mother, Angela, taught at Kempshott Junior School, and her father, Roy (who passed away in 1996), served as a major in the Royal Army Educational Corps. Elizabeth has two siblings, older sister Kathleen and younger brother Andrews. Hurley studied at Harriet Costello School and became interested in punk fashion as a teenager. As a child, she took ballet classes, and she studied theatre and dance at the London Studio Centre from 1983 to 1986.

Modeling Career: Elizabeth became an Estée Lauder spokesmodel in 1995, at the age of 29. She has appeared in ads for several of the company's fragrances, including "Beautiful," "Pleasures," and "Sensuous" as well as their cosmetics. Hurley was the face of the company until 2001 when she was replaced by Carolyn Murphy, but she continued to work with Estée Lauder both as a model and as the Global Ambassador for their Breast Cancer Campaign. Elizabeth has also modeled for Jordache, Lancel, MQ Clothiers of Sweden, and several other companies, and in 2005, she started a beachwear line called Elizabeth Hurley Beach. In 2008, she designed 12 swimsuits for MANGO, a Spanish clothing brand.

Acting Career: Hurley made her acting debut in the 1987 anthology film "Aria," and the following year, she appeared in the movie "Rowing with the Wind," guest-starred on "Inspector Morse" and "Rumpole of the Bailey," and played the titular role in the miniseries "Christabel." In the 1990s, Elizabeth appeared in 11 films, including "Dangerous Ground" (1997), "Permanent Midnight" (1998), and "My Favorite Martian" (1999), and she earned a producer credit on the Hugh Grant films "Extreme Measures" (1996) and "Mickey Blue Eyes" (1999). Her most famous role is Vanessa Kensington in "Austin Powers: International Man of Mystery," and she briefly reprised her role in the 1999 sequel, "Austin Powers: The Spy Who Shagged Me." Hurley played the devil in 2000's "Bedazzled," and she served as the star and executive producer of 2004's "Method."

Elizabeth has appeared in several documentary projects, such as "The Human Face" (2001), "Valentino: The Last Emperor" (2008), and "Made in Romania" (2010), and she was a host, judge, and executive producer on the fashion design competition "Project Catwalk" in 2006. Hurley has starred in the television films "The Shamrock Conspiracy" (1995), "Harrison: Cry of the City" (1996), and "Samson and Delilah" (1996), and she played Diana Payne on 14 episodes of The CW series "Gossip Girl" from 2011 to 2012. She starred as Queen Helena on "The Royals," a primetime soap opera about a British royal family, from 2015 to 2018, and she played Marvel villain/sorceress Morgan le Fay on "Runaways" in 2019. In 2020, Elizabeth co-starred with Craig Ferguson and Kathie Lee Gifford in the romantic comedy "Then Came You." 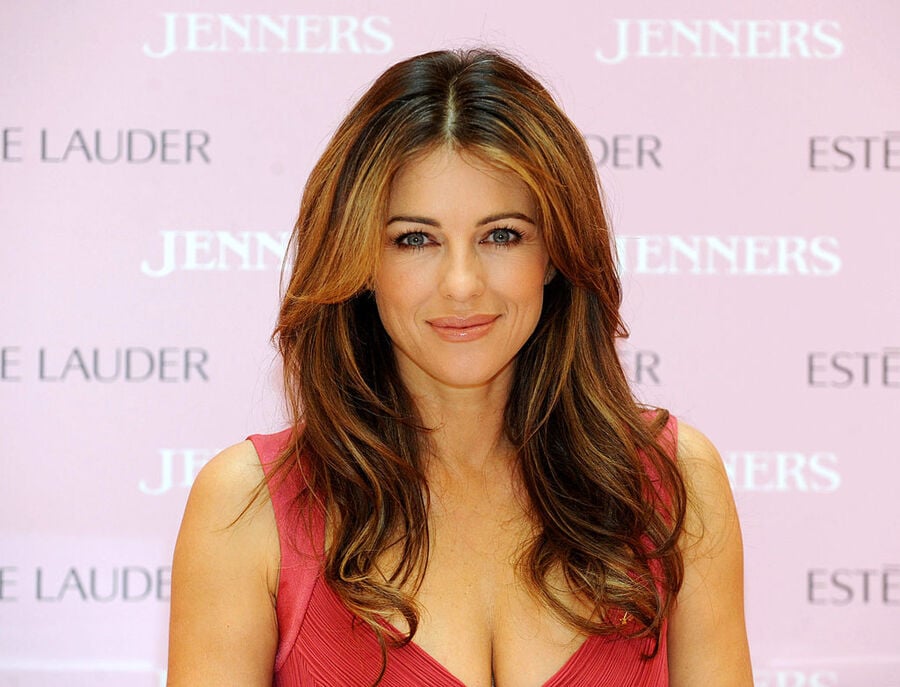 Personal Life: Elizabeth began a relationship with actor Hugh Grant in 1987, and they amicably split up in 2000; in 1995, Grant made headlines after he was arrested for "lewd conduct" after being caught with sex worker Divine Brown in West Hollywood.

Hurley gave birth to son Damian on April 4, 2002, and Hugh is one of his seven godparents (Elton John is another). Damian's father is late American businessman and film producer, Steve Bing. Bing was one of the wealthiest people in Los Angeles with a minimum net worth of $600 million, but at the time of his tragic suicide in June 2020, he had reportedly spent all but $300,000 of his fortune. In 2019, Damian successfully sued the estate of his deceased grandfather, Dr. Peter Bing, who attempted to cut him off from receiving an inheritance. The estate, led by Steve's sister, had tried to claim that any of Peter's grandchildren born out of wedlock would not be eligible for inheritance. Peter was an extraordinarily wealthy man who donated millions to charity during his life, including a $50 million donation to Stanford in 2006. Damian and Peter were ultimately successful in their challenge and each grandchild, including one of Steve's other children born out of wedlock, each received several million dollars at least.

Elizabeth married textile heir Arun Nayar on March 2, 2007, after five years of dating. They divorced in June 2011, with Hurley citing Nayar's "unreasonable behaviour." Three months later, Hurley became engaged to former cricketer Shane Warne, but they split up in late 2013. Hurley has been involved with Estée Lauder's Breast Cancer Awareness Campaign and The Prince's Trust Fashion Rocks event, and she has raised money for the Shaukat Khanum Memorial Cancer Hospital & Research Centre. She is a patron of London's City Veterans Network as well as the Elton John AIDS Foundation, and she has served as an ambassador for the children's charity Hop Skip and Jump.

Awards and Nominations: Hurley was named Supporting Actress of the Year at the 1997 ShoWest Convention, and in 1998, she earned a Blockbuster Entertainment Award nomination for Favorite Actress – Comedy for "Austin Powers: International Man of Mystery." She also received a Best Actress nomination from the DVD Exclusive Awards for "Double Whammy" in 2003, a Best Dressed MTV Movie Award nomination for "Bedazzled" in 2001, and a Teen Choice Award nomination for Film – Sexiest Love Scene for "EDtv" (shared with Matthew McConaughey) in 1999.

Real Estate: For the last decade+, Elizabeth's primary residence has been a 21-acre country estate outside of London called Donnington Hall. She purchased the property in 2012 for $11 million. 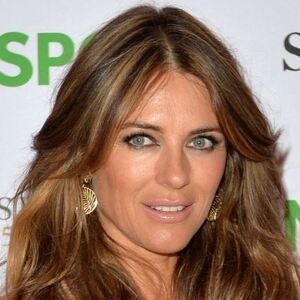