Elizabeth Gillies Net Worth and Salary: Elizabeth Gillies is an American actress, singer, and dancer who has a net worth of $4 million dollars. She is known for starring in TV shows like Dynasty, Victorious and Sex&Drugs&Rock&Roll. She first became well-known for playing Jade West on Victorious.

Elizabeth Egan Gillies was born in Haworth, New Jersey in July 1993. At the age of 12 Elizabeth started to appear in commercials for companies like Virgin Mobile. Her first role was a recurring one on the 2007 series The Black Donnellys. She appeared in the movie Harold and the TV movie Locker 514. Gillies appeared on the show The Battery's Down. In 2011 she starred as the voice of Daphne in the series Winx Club: Enchantix. From 2010 to 2013 Elizabeth's best known role came as Jade West on the Nickelodeon sitcom Victorious. From 2012 to 2013 she reprised the role of Daphne on Winx Club: Beyond Believeix. As a singer she has appeared on soundtracks and done duets with Ariana Grande and Victoria Justice. She uploads covers of popular songs on her YouTube account. She is said to be working on her first album. In 2017 she began starring on the rebooted drama, Dynasty. 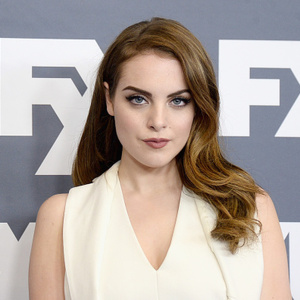