How much is Elizabeth Berkley Worth?

Elizabeth Berkley Net Worth: Elizabeth Berkley is an American actress who has a net worth of $6 million dollars. Born on July 28, 1972 in Farmington Hills, Michigan, Elizabeth Berkley is best known for her roles in Saved by the Bell and in the 1995 film Showgirls. Berkley was born with heterochromia, the condition of different-colored irises; her right eye is half green and half brown, and her left eye is all green. From a young age she practiced dance in a room her parents arranged for her in the basement of their house. In 1982, at age ten, she auditioned for the lead role in the film Annie, but was turned down. As her love for dancing increased, she became more interested in pursuing it professionally, traveling to New York to train with other dancers and choreographers and participating in several ballets, including Swan Lake and in 1983. She later appeared in a small role in The First Wives Club, a comedy starring Diane Keaton, Goldie Hawn and Bette Midler, before accepting the title role in the straight-to-video animation Armitage III: Poly Matrix, which also starred Kiefer Sutherland. She then played a Madonna body double named Tina in the independent film The Real Blonde. Berkley has been cast in many dramatic television roles, guest starring on series such as CSI: Miami, NYPD Blue, Without a Trace, Threshold and Law & Order: Criminal Intent. She also appeared in the sitcom Titus, starred in Lifetime television film Student Seduction and in another made-for-television film in 2007, entitled Black Widow. The film Meet Market was released straight to DVD in 2008 after having been in limbo since its completion in 2004. Over the next few years, she appeared in various other productions and made guest appearances on such shows as Jimmy Kimmel Live!, Fuse TV's The Sauce, E!'s Chelsea Lately, CNBC's The Big Idea with Donny Deutsch, and ABC's The View. In September 2013, Berkley was announced as one of the contestants on the 17th season of Dancing with the Stars. She partnered with Valentin Chmerkovskiy and they were eliminated on the 9th week of competition, placing 6th, despite receiving high judges scores. 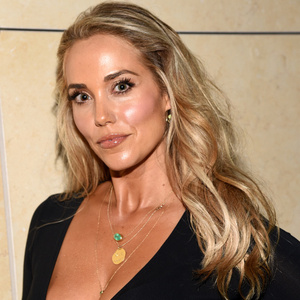