Eliza Taylor net worth and salary: Eliza Taylor is an Australian actress who has a net worth of $3 million. She is perhaps best-known for appearing in the television series "The 100"

Eliza Taylor was born in Melbourne, Victoria, Australia in October 1989. In 2003 she starred as Sarah Redding in the television series "Pirate Islands". Taylor starred as Rosie Cartwright in the TV series "The Sleepover Club" in 2003. From 2003 to 2008 she starred as Janae in the series "Neighbours". From 2014 to 2020 Taylor starred as "Clarke Griffin" in the television series The 100. She has also starred in the movies "6 Plots", "Patrick", and "The November Man". In 2015

Taylor was nominated for a Teen Choice Award for Choice TV Actress: Fantasy/Sci-Fi for "The 100". From 2007 to 2008 she also starred as the title role in a production of "Snow White" in Weymouth, England.

In June 2019 Eliza Taylor married Bob Morley. Eliza and Bob both starred in "The 100" together for the show's entire 7 season run. 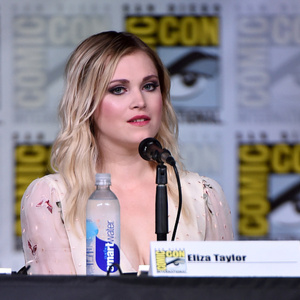