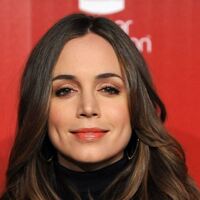 What is Eliza Dushku's net worth and salary?

Eliza Dushku is an American actress who has a net worth of $20 million. In 1998, Eliza Dushku was cast in the role that would make her a household name, as Faith on the hit television show, "Buffy the Vampire Slayer". Her character was so popular that her story arc was extended and then became part of the spin-off series, "Angel". Since then, she has appeared in multiple films and television shows, including "Bring It On", "Tru Calling", "That '70s Show", "Ugly Betty", "Dollhouse", "The Big Bang Theory", and "White Collar". In addition to her television work, she has also provided voices for multiple video games, including "Yakuza", "Saints Row 2", and "Fight Night Champion".

Eliza Patricia Dushku was born on December 30, 1980 in Watertown, Massachusetts. Her father Philip Richard George Dushku was a school teacher and administrator. Her mother, Judith Ann Dushk, was a political science professor. They divorced before she was born. Eliza was the only daughter and the youngest of the family's four children. Dushku's father is of Albanian descent. Her mother is of English, Irish and German descent.

Eliza's family belonged to the Church of Latter-day Saints. She attended Beaver Country Day School in Chestnut Hill, Massachusetts. She graduated from Watertown High School in 1998.

Eliza Dushku began acting when she was in elementary school, appearing in the film, "That Night". She was chosen as the lead after casting agents performed a five month search. She acted throughout high school, playing supporting roles in such films as "This Boy's Life" and "Bye Bye Love". One of her most memorable early roles came in 1994 when Eliza was cast as Arnold Schwarzenegger and Jamie Lee Curtis's rebellious teenage daughter in "True Lies".

After making plans to attend Suffolk University in Boston, where her mother worked as a professor, Dushku's agent asked her to submit a video audition for what would later become "Buffy the Vampire Slayer" and was cast as Faith, halting her college plans.

Because Eliza was still a minor when she began working on "Buffy the Vampire Slayer", she had to pursue emancipation to work the production's long hours, which she was granted. She was initially supposed to appear in just five episodes, but her character proved so popular with audiences that she was brought back for the third season, part of the fourth season and the last five episodes of the series. She also portrayed the character in the spinoff "Angel".

In 2000 Eliza landed another role that would become iconic, in the cheer-leading film "Bring it On". Other films from around this time include "Soul Survivors", "Race the Sun", "The New Guy", "City by the Sea" and "Jay and Silent Bob Strike Back".

In 2003 she starred in a horror movie called "Wrong Turn" and began starring as Tru Davies on the Fox TV series "Tru Calling". 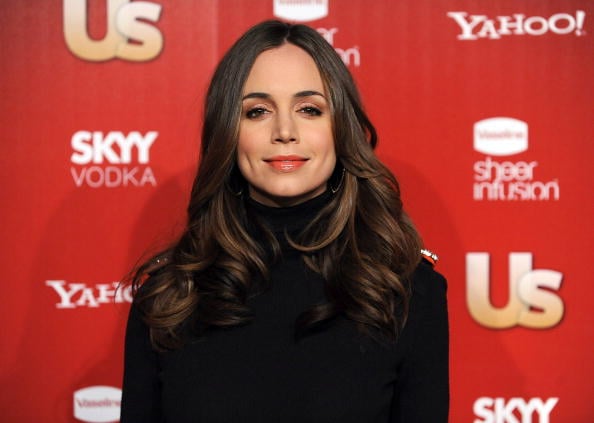 Other notable work include starring in 2005 in an off-Broadway play called "Dog Sees God" and a comedy/drama series for Fox called "Nurses". In 2007 she appeared in the films "On Broadway", "Sex and Breakfast", and "Nobel Son".

From 2013 to 2015, Eliza voiced the role of She-Hulk in the Disney XD animated series "Hulk and the Agents of S.M.A.S.H.". In 2016, Dushku was cast in a recurring role in the fourth season of the Cinemax TV series "Banshee" and in 2017, she had a recurring guest role in the last three episodes of the first season of the CBS drama series "Bull", with the option of becoming a series regular in season two.

In 2007 it was revealed that Eliza had signed an exclusive development deal with Fox Broadcasting and 20th Century Fox to develop television series. One of the projects that came from this deal was the series "Dollhouse" which premiered in 2008 and was canceled in 2009.

In 2007 Eliza and her brother Nate co-founded the production company Boston Diva Productions. They soon secured the rights to produce an authorized film on the life of photographer Robert Mapplethorpe. The film had been under development for over a decade before it was finally released in 2018.

In 2011, Dushku visited Albania with a crew from the Travel Channel and Lonely Planet to film "Dear Albania", a documentary promoting tourism in her father's family's home country.

Eliza's production company, in association with IM Global Television, was reported in 2017 to be developing Glen Cook's "The Black Company" series of books for a television series, with Dushku potentially starring as 'The Lady'.

In 2017 Eliza was hired to be a guest star on the CBS drama "Bull". There had been plans to eventually turn her into a full cast member. Unfortunately, in December 2018 it was revealed that Eliza's time on "Bull" was short-lived after her co-star Michael Weatherly reportedly made inappropriate comments on set.

Eliza was written off the show after making a complaint to higher-ups at CBS. Those same executives eventually agreed to pay Eliza a $9.5 million settlement, roughly what she would have earned had she stayed on as a full-cast member for four seasons.

Eliza lived in Los Angeles for more than 15 years, though she did spend substantial time back in the Watertown and Boston, Massachusetts areas before her stepfather died. Eliza was a resident of the Laurel Canyon, California area for several years.

In 2018, Dushku married businessman Peter Palandjian. They have two children together.

Dushku has said that she has attention deficit hyperactivity disorder (ADHD) and also revealed at a youth summit on opioid awareness that she was a recovering alcoholic and drug addict, having begun drinking and abusing drugs at the age of 14. Eliza stated that her addictions were so severe at one point, her brother forbade her from being left alone with her niece, Sofia. At the time of her confession in 2017, Eliza was almost nine years sober.

In January 2018, Eliza Dushku went public with allegations of sexual molestation by a "True Lies" stunt coordinator. She would have been 12 years old at the time the alleged abuse occurred. She further alleged that on the same day an adult friend confronted the stunt coordinator, Eliza was injured during a stunt and several of her ribs were broken. The implication being that the accident was retribution. The stunt coordinator has denied the accusation of sexual misconduct.

In February 2021, Dushku shared a message of support for Charisma Carpenter, about allegations of abuse against Buffy creator Joss Whedon, despite her previously-positive remarks about Whedon.