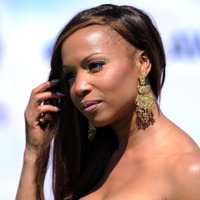 Elise Neal net worth: Elise Neal is an American actress who has a net worth of $3 million dollars. Elise Neal was born in Memphis, Tennessee and grew up studying ballet and cheerleading. She went on to graduate from the Overton High School for the Performing Arts and then spent two years at the University of the Arts in Philadelphia, before moving to New York City to focus on a performance career full-time. She was initially quite successful in musicals and with touring productions. From there, she moved on to appearing in commercials, eventually relocating to Los Angeles. She began appearing in guest starring roles on such television shows as, "Law and Order", "Getting By", and "Family Matters", in the early 90s, and made her film debut in "Malcolm X". She is most widely recognized for her work as Janey Sinclair on "Loving", as Yvonne Hughley on "The Hughleys", and as Jill Cooper on "Belle's".