Elisabeth Rohm Net Worth: Elisabeth Rohm is a German-born American actress who has a net worth of $4 million. Elisabeth Rohm was born in Dusseldorf, Germany in April 1973. Her family moved to New York City before she had her first birthday. Her mother at one time wrote for the soap opera Guiding Light.

She graduated from Sarah Lawrence College. Her first role came as Dorothy Hayes on the soap opera One life to Live from 1997 to 1998. In 1997 she made her film debut in the movie Deconstructing Harry. In 1999 she starred as Max in the TV mini-series Eureka Street. From 2000 to 2001 she starred as Alison Jeffers in the TV series Bull. She starred as Detective Kate Lockley in the series Angel from 1999 to 2001. From 2001 to 2005 Rohm starred as A.D.A. Serena Southerlyn in the series Law & Order. She starred as Lauren Gilmore in the series Heroes from 2009 to 2010 and as Taylor Berkhalter on The Client List from 2012 to 2013. She has starred in the movies Miss Congeniality 2: Armed and Fabulous, Ghost Image, The Kreutzer Sonata, San Saba, The Whole Truth, Crimes of the Past, Transit, Officer Down, Aftermath, Chlorine, and Mega Shark vs. Mecha Shark. She won a Screen Actors Guild Award in 2014. Elisabeth got engaged to Ron Anthony Woodster in 2007 and the couple had a daughter in 2008. 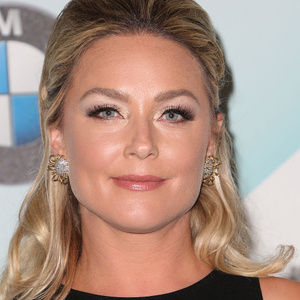