What is Elisabeth Moss's Net Worth and Salary?

Elisabeth Moss is an American actress who has a net worth of $30 million. Elisabeth Moss is best known for her roles on the television series "The West Wing," "Mad Men," "Top of the Lake," and "The Handmaid's Tale." She has also appeared in numerous films, including "The One I Love," "Her Smell," "Us," "Shirley," and "The Invisible Man." Additionally, Moss has performed on stage in such productions as "Speed-the-Plow," "The Heidi Chronicles," and "The Children's Hour."

She first became internationally well-known for her on-screen role of Peggy Olson in the hit AMC series Mad Men, which ran from 2007 – 2015. Moss appeared in 88 of Mad Men's 92 total episodes.

Elisabeth Moss was born on July 24, 1982 in Los Angeles, California to musicians Linda and Ronald. She has a younger brother, and was raised as a Scientologist. Growing up, Moss dreamed of becoming a professional dancer. She went to New York City as a teenager to study ballet at the School of American Ballet, and subsequently studied under ballerina Suzanne Farrell at the Kennedy Center in Washington, DC. To balance her career with her education, Moss was homeschooled.

Moss first appeared on screen in 1990, appearing in the television film "Bar Girls" and in the miniseries "Lucky Chances." She was subsequently in the television film "Prison Stories: Women on the Inside," and lent her voice to the animated specials "Frosty Returns" and "It's Spring Training, Charlie Brown." From 1992 to 1995, Moss had a recurring role as Cynthia Parks on the series "Picket Fences." During this time, she also voiced characters on "Batman: The Animated Series," "Animaniacs," and "Freakazoid!," and appeared in the television films "Gypsy" and "Escape to Witch Mountain."

In 1999, Moss had her breakthrough role on the political drama series "The West Wing," playing the recurring part of Zoey Bartlet, the daughter of the President of the United States. She played the role for 25 episodes through the show's conclusion in 2006. While on the show, Moss appeared in episodes of "The Practice" and "Law & Order: Trial by Jury," and had a recurring role on the science-fiction series "Invasion." Following this, she made guest appearances on "Law & Order: Criminal Intent," "Grey's Anatomy," "Medium," and "Ghost Whisperer."

Moss began playing one of her most acclaimed roles in 2007: secretary-turned-copywriter Peggy Olson on the AMC period drama series "Mad Men." Over the course of the show's seven-season run through 2015, Moss received five Emmy Award nominations for her work. She also earned plaudits for her performance as Detective Robin Griffin in the first season of the mystery series "Top of the Lake" in 2013. Moss continued to draw acclaim in 2017, when she started playing Offred in Hulu's adaptation of Margaret Atwood's dystopian novel "The Handmaid's Tale." In addition, Moss produces the show and has directed numerous episodes. For her acting on the series, Moss has won both Emmy and Golden Globe Awards.

What was Elisabeth Moss salary per episode on Mad Men? At her peak of the series, she was earning $75,000 per episode. 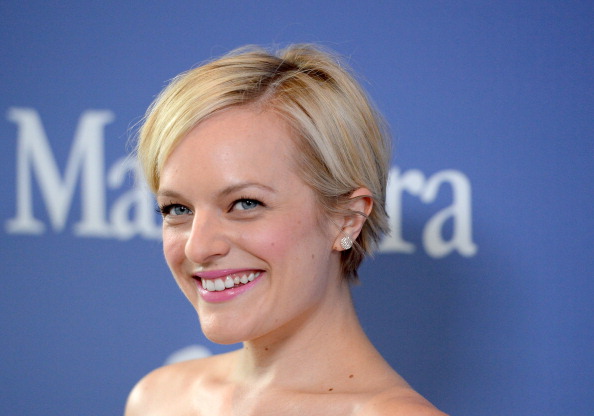 Moss first appeared on the big screen in 1991, playing a little girl in the science-fiction comedy "Suburban Commando." Two years later, she voiced a character in the animated musical adventure "Once Upon a Forest." Moss subsequently appeared in "Imaginary Crimes," "Separate Lives," "The Last Supper," "A Thousand Acres," "The Joyriders," "Mumford," and "Anywhere But Here." In 1999, she had a notable supporting role as a mental patient in James Mangold's psychological drama "Girl, Interrupted."

In the early 2000s, Moss starred in "Heart of America" and "Virgin," earning an Independent Spirit Award nomination for the latter. She also had a supporting role in Ron Howard's revisionist Western "The Missing." Moss went on to appear in such titles as "The Attic," "Day Zero," "Did You Hear About the Morgans?," "A Buddy Story," "Get Him to the Greek," "Darling Companion," and "On the Road." She had one of her most significant years in film in 2014, when she starred in both "The One I Love" and "Listen Up Philip"; the latter was her first of many collaborations with writer-director Alex Ross Perry. Moss reunited with Perry in 2015 for his psychological thriller "Queen of Earth," and again in 2018 for his drama "Her Smell." Her other notable credits have included the Ballard adaptation "High-Rise"; the British drama "Mad to Be Normal"; the Swedish satire "The Square"; the Chekhov adaptation "The Seagull"; the biographical crime film "The Old Man & the Gun"; the drama "Light of My Life"; the horror film "Us"; the crime film "The Kitchen"; the biographical drama "Shirley"; and the psychological thriller "The Invisible Man."

Beyond television and film, Moss has earned a great deal of recognition for her work on stage. She made her debut in 2002, playing the teenage version of Franny in the off-Broadway play "Franny's Way." Six years later, she debuted on Broadway in the 20th-anniversary revival of David Mamet's "Speed-the-Plow." In 2011, Moss made her West End debut in a production of Lillian Hellman's classic "The Children's Hour," starring as Martha Dobie opposite Keira Knightley. Later, in 2015, she earned a Tony Award nomination for her performance as the titular character in a production of Wendy Wasserstein's "The Heidi Chronicles."

In 2009, Moss married comedian, actor, writer, and musician Fred Armisen. The pair eventually split in 2010, and divorced in 2011.

Moss continues to be an adherent of the Church of Scientology, which she has been connected to since her youth. She has defended her beliefs from naysayers on Instagram, and has promoted the freedom and tolerance for all faiths.