Elinor Donahue net worth: Elinor Donahue is an American actress who has a net worth of $3 million. Donahue's best known role came starring as Betty Anderson on the television series Father Knows Best.

Elinor Donahue was born in Tacoma, Washington in April 1937. She worked in vaudeville as a child actress and had bit parts as a teenager. Donahue has over 100 acting credits to her name. Her first role came uncredited in the 1942 film Girls' Town. Her best known role came starring as Betty in the TV series Father Knows Best from 1954 to 1960. She next starred as Ellie Walker on The Andy Griffith Show from 1960 to 1961. Elinor starred as Joan Randall in the series Many Happy Returns from 1964 to 1965. She starred as Miriam in the TV series The Odd Couple from 1972 to 1975. Donahue starred as Jane Mulligan in the series Mulligan's Stew in 1977. She had recurring roles in the TV series Days of Our Lives from 1984-1985, The Love Boat from 1979 to 1987, and The New Adventures of Beans Baxter in 1987. She starred s Gladys Peterson in the TV series Get a Life from 1990 to 1992. Donahue also had recurring roles in the TV series Dr. Quinn, Medicine Woman from 1993 to 1997 and in The Young and the Restless from 2010 to 2011. She won a TV Land Legend Award for The Andy Griffith Show in 2004 and was nominated for a Primetime Emmy Award for Best Supporting Actress (Continuing Character) in a Comedy Series for Father Knows Best in 1959. 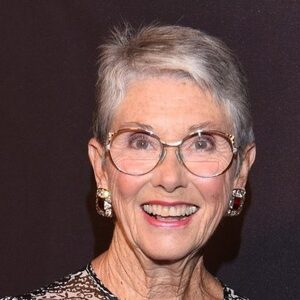