What is Eli Roth's Net Worth?

Eli Roth is a filmmaker, actor and writer who has a net worth of $20 million. Eli Roth is best known for directing horror films such as "Cabin Fever" and "Hostel." As an actor, he has appeared in "Inglourious Basterds" and "Aftershock," among other titles. Beyond the horror genre, Roth directed the remake of the action film "Death Wish" and the fantasy film "The House with a Clock in its Walls."

Eli Roth was born on April 18, 1972 in Newton, Massachusetts as the middle of three sons of Cora, a painter, and Sheldon, a psychiatrist and professor at Harvard Medical School. His older brother is Adam, and his younger brother is Gabriel. Roth is Jewish, and is of Hungarian, Russian, Polish, and Austrian descent. He developed a passion for movies early on after seeing Ridley Scott's 1979 science-fiction horror film "Alien." Subsequently, he began shooting amateur films with his brothers. Roth went to Newton South High School, and then attended New York University's Tisch School of the Arts as a film student. To fund his college films, he posed as a woman while working as an online cybersex operator for Penthouse Magazine; he also worked as a production assistant on films, and interned for producer Frederick Zollo. After graduating from NYU, Roth briefly worked as Howard Stern's assistant.

Upon moving to Los Angeles, Roth had one of his first Hollywood gigs as an extra on the television legal drama "The Practice." Following this, he wrote, produced, directed, edited, and animated the television series "Chowdaheads." Roth next appeared as an extra in the horror comedy film "Terror Firmer." He continued to work in animation in 2000, writing, directing, producing, and animating a series of stop-motion shorts entitled "The Rotten Fruit."

Roth made his feature film directorial debut with the 2002 horror comedy "Cabin Fever," much of which he had cowritten with his college roommate Randy Pearlstein in 1996. The film, about a group of young adults falling victim to a flesh-eating virus, was a major hit for its studio, Lionsgate, and made Roth a rising star of the horror genre. He released his second film, "Hostel," in 2005. Although a box-office success, the film proved incredibly controversial in its subject matter, and is often credited with creating the subgenre known as "torture porn." Roth went on to direct a sequel, "Hostel: Part II," in 2007.

After a six-year break from film directing, Roth returned with 2013's cannibal horror film "The Green Inferno," which was inspired by his love of Mondo exploitation horror films. The film was widely criticized for its racist depiction of indigenous people as cannibals. Roth next directed the 2015 psychological thriller "Knock Knock," a remake of the 1977 film "Death Game." Starring Keanu Reeves, Lorenza Izzo, and Ana de Armas, it was a critical and commercial failure. Roth made another remake, this time of the vigilante action film "Death Wish," in 2018. Starring Bruce Willis in the role previously played by Charles Bronson, it too was panned by critics, who criticized its glorification of guns. Also in 2018, Roth directed the fantasy comedy "The House with a Clock in its Walls," based on the eponymous 1973 novel by John Bellairs. The film was well received by critics and was a box-office hit. Roth's subsequent directing credits have included the documentary "Fin" and an adaptation of the video game "Borderlands." 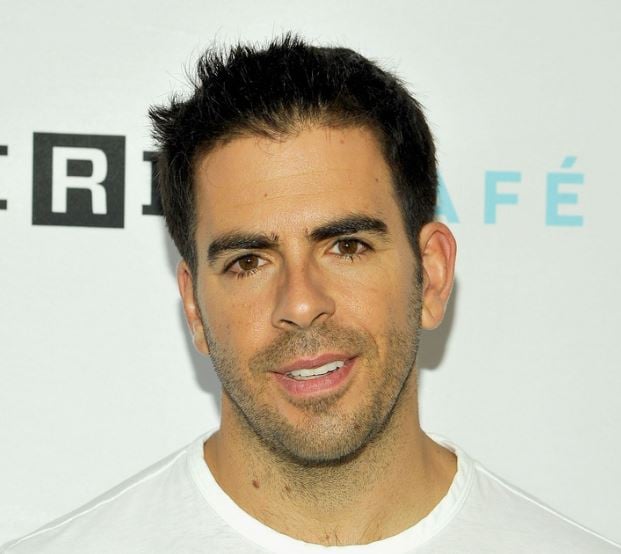 Beyond his own films, Roth has produced and written a number of works by other directors. In 2005, he served as a producer on the horror comedy remake "2001 Maniacs." Five years later, he produced the supernatural horror film "The Last Exorcism"; he later produced its sequel, "The Last Exorcism Part II." In between those two movies, Roth wrote and produced both the martial arts film "The Man with the Iron Fists" and the disaster film "Aftershock." Subsequent producing credits have included the horror films "Clown," "The Stranger," and "Haunt," as well as the big-screen adaptation of the television show "Baywatch." Roth also wrote and executive produced the 2016 remake of his debut film "Cabin Fever."

Roth has appeared in many of the films he's directed, often in cameos. His most notable acting work has come in films directed by Quentin Tarantino, such as "Death Proof" and "Inglourious Basterds." In the latter film, Roth played Donny "The Bear Jew" Donowitz, a violent Bostonian soldier and killer of Nazis.

Among his other ventures, Roth curated the horror exhibit "Can't Look Away" at Seattle's Museum of Pop Culture, which ran from 2011 to 2014. In 2012, he opened a haunted house in Las Vegas called Eli Roth's Goretorium; however, the bankruptcy of its parent company caused the attraction to close in 2013. A couple years later, Roth partnered with Jack Davis to launch the digital entertainment company Crypt TV, which creates short-form horror content.

In 2014, Roth wed Chilean actress and model Lorenza Izzo, who stars in his film "Knock Knock." The pair divorced in 2019.

Due to his stringent workout regimen, Roth was voted "Most Fit Director" by Men's Fitness magazine in 2006.