Elena Satine net worth: Elena Satine is a Georgian American actress and singer who has a net worth of $3 million. She is best known for starring in TV series such as Revenge and The Gifted.

Elena Satine was born in Tbilisi, Georgian SSR, Soviet Union in November 1987. She made her acting debut in 2007 in the movie Ripple Effect and the short Holier Than Thou. Satine starred as Judi Silver on the television series Magic City from 2012 to 2013. From 2014 to 2015 she starred as Louise Ellis on the TV series Revenge. Satin starred as Dreamer on the series The Gifted in 2017. She has had recurring roles on the TV series Strange Angel as Maggie Donovan, Twin Peaks as Rhonda, and Matador as Margot. Satine has appeared in the films Don't Look Up, The Harsh Life of Veronica Lambert, A Beautiful Now, and Zipper. She starred in the Chris Cornell music video "Nearly Forgot My Broken Heart". 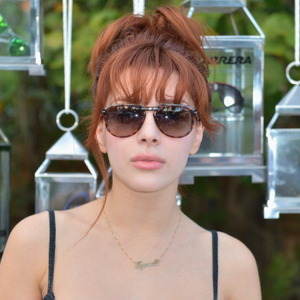