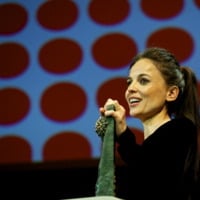 Elena Anaya Net Worth: Elena Anaya is a Spanish actress who has a net worth of $14 million. Anaya was born in Palencia, Castilla y Leon, Spain in July 1975. Elena is the youngest of three children. Her first role came in the 1995 short Adios Naboelk. Anaya's breakout role came in the 2001 film Sex and Lucia where she starred as Belen. In 2004 Anaya starred as one of Dracula's brides Aleera in the movie Van Helsing and was named one of European film's Shooting Stars by European Film Promotion. Elena starred in the video "SexyBack" by Justin Timberlake in 2006. She starred as Nadia Pierret in the 2010 movie Point Blank and as Vera Cruz opposite Antonio Banderas in 2011's The Skin I Live In. In 2010 she won a Directors' Week Award for Best Actress from Fantasporto. She won Best Movie Actress at the Fotogramas de Plata in 2011 and 2012. Anaya won a Goya Award for Best Lead Actress in 2012 and a Silver Biznaga at the Malaga Spanish Film Festival in 2014. She also won the award for Best Actress in 2009 at the Catalonian International Film Festival and a Spanish Actors Union award in 2002. Spanish tabloid Cuore published pictures of Anaya kissing director Beatriz Sanchis in 2011 and it was revealed that the two had dated from 2008 to 2013.