Elaine Paige net worth: Elaine Paige is an English singer and actress who has a net worth of $40 Million. Elaine Page is best known for her work in musical theatre and has been called the "First Lady of British Musical Theatre" due to her skill and longevity. She has released 22 solo albums of which eight were consecutively certified gold and another four multi-platinum.

She was born on March 5, 1948 and was raised in Barnet, North London and attended the Aida Foster stage school. She stands just under 5 feet tall (which she says has caused her to lose out on leading roles). Her original ambition was to become a professional tennis player until she reached the age of 14 and heard the film soundtrack of West Side Story. This sparked a desire for a career in musical theatre. She made her first professional appearance on stage in 1964, at the age of 16. In 1968 she made her West End debut in the musical production of Hair, which was followed by a number of roles through the next decade, including being cast as Eva Perón in the first production of Evita in 1978. That production brought her to the attention of a broader public and was a catalyst for her career. She won the Laurence Olivier Award for Best Performance of the Year and went on to originate the role of Grizabella in Cats. Paige's version of the song "Memory" from the musical was a Top 10 hit. In 1985 she released, "I Know Him So Well" with Barbara Dickson (a song from the musical, Chess) that remains the biggest-selling record by a female duo. Elaine Paige made her Broadway debut in Sunset Boulevard in 1996, playing the lead of Norma Desmond, to critical acclaim. She also appeared in The King and I from 2000-2001, and six years later returned to the West End stage in The Drowsy Chaperone. Since 2004, she has hosted her own show on BBC Radio 2 called, Elaine Paige on Sunday.

The demands of Paige's career have meant she has never married. The closest she has come to settling down was with Sir Tim Rice, with whom she had a public 11-year affair with throughout the 1980's, but it fizzled out after he failed to leave his wife. 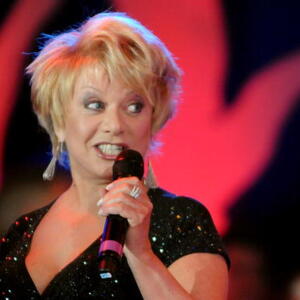