Elaine Hendrix Net Worth: Elaine Hendrix is an American actress, producer, singer, and dancer who has a net worth of $2 million dollars. Katherine Elaine Hendrix was born in Oak Ride, Tennessee in December 1970. She won a model search in her senior year of high school and became a professional dancer.

She worked with Nike, Mattel, Levi's, and Sun Microsystems. She also worked with hip-hop artists MC Hammer, Keith Sweat, and Whodini. Hendrix moved to Los Angeles, California in 1992 and was hit by a car while riding her bike, which ended her modeling and dancing career. Her first film role came in 1992's Last Dance and her first television appearance came in the series Doogie Howser, M.D. in 1992. Elaine had a recurring role in the series Get Smart in 1995 as Agent 66. She starred in the series The Chronicle from 2001 to 2002 as Kristen Martin. From 2003 to 2005 she played Ms. Lischak in Joan of Arcadia. Hendrix has appeared in the films The Parent Trap, Romy and Michele's High School Reunion, Superstar, and Inspector Gadget 2. Hendrix was Best Actress at the Albuquerque Duke City Shootout in 2008. She is a spokesperson for In Defense of Animals and participates in Pets 90210 adoption events. She is the Director of Marketing and Public Relations for the non-profit Animal Rescue Corps. 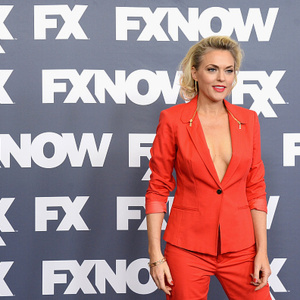