Elaine Cassidy Net Worth: Elaine Cassidy is an Irish actress who has a net worth of $3 million dollars. Cassidy was born in Kilcoole, County Wicklow, Ireland in December 1979. At the age of five she played Pinocchio in a school production. Her first appearance came in the 1994 short The Stranger Within Me.

She made an appearance on the TV show Mission Top Secret in 1995. Elaine received a nomination for Most Promising Actress at the Geneva Film Festival for playing the role of Shelley in 1996's The Sun, the Moon, and the Stars. In 1999 she played the title role in Felicia's Journey and was nominated for Best Actress at the 20th Genie Awards. Cassidy has also starred in the films The Others, Disco Pigs, The Bay of Love and Sorrows, The Truth, and And When Did You Last See Your Father. She has starred in the TV movies The Lost World, Watermelon, Uncle Adolf, A Room With a View, Little White Lie, Just Henry, and The Miraculous Year. In 2005 she starred in the TV mini-series Fingersmith and the TV series The Ghost Squad. In 2009 she starred as Abby Mills in the CBS series Harper's Island, and from 2012 to 2013 she starred as Katherine in The Paradise. She has appeared on stage with the Royal Shakespeare Company and appeared in the music video "The Scientist" by Coldplay. Cassidy has won Irish Film and Television Awards in 2003 and 2010. In 2007 she married actor Stephen Lord and the pair has a daughter together. Since 2015 she has starred as DC Dinah Kowalska on the TV series No Offence. 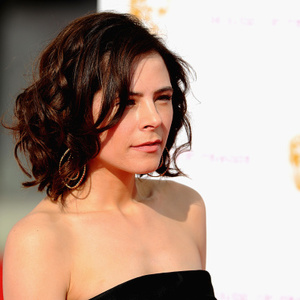