What is El DeBarge's Net Worth?

El Debarge is an American R&B singer who has a net worth of $400 thousand. El Debarge is best known as the falsetto singer and the main voice of the family group, DeBarge, which was quite popular during the 1980s. As a solo artist, he is best known for his hits, "Who's Johnny," and "Love Always," as well as for his collaborations with Tone Loc, Quincy Jones, Fourplay, and DJ Quick. He is a five-time Grammy nominee, and has been active in the music business since 1979.

El DeBarge was born on June 4, 1961 in Detroit, Michigan and given the name Eldra Patrick DeBarge. He is the sixth child born to parents Robert and Etterlene DeBarge. His parents' marriage was tumultuous and DeBarge was sometimes surrounded subject to child abuse and also observed the abuse of his mother. Growing up, he sang in his local church choir and also learned to play the piano. When his family moved to Grand Rapids, Michigan, they formed a music group that often performed at their uncle's Pentecostal church. When he was 13, his parents divorced following a difficult marriage.

In 1977, DeBarge decided to drop out of high school in order to focus on performing. Along with his elder brothers and one elder sister, he performed at clubs and venues in Michigan. In 1979, they secured a deal with Source Records that brought them to Los Angeles. While there, they were able to perform in front of Motown CEO,  Berry Gordy, who immediately signed the group, then known as The DeBarges, to the Motown label.

The DeBarges received mentorship from the people at Motown. They were also able to work with the artist Switch, contributing to their 1980 albums "This is My Dream" and "Reaching for Tomorrow." DeBarge specifically was featured as a backup vocalist on the 1979 Switch hit, "I Call Your Name."

In 1981, the family group released their first album, "The DeBarges" and began going by the name of DeBarge. All four of the family members in the group had contributed to writing and producing the tracks. They released their second album in 1982, "All This Love." El DeBarge took on the role of primary producer and arranger for all of the subsequent releases they would do while signed with Motown. In 1983, the group released "In a Special Way," which included the hits "Time Will Reveal" and "Love Me in a Special Way."

In 1984, the band began touring with Luther Vandross. This elevated their popularity and grew their fanbase. However, tensions were rising within the group as Motown was pushing for El alone to be elevated to the star of the group, while his brothers opposed this idea. Due to this tension, it was primarily El who worked on the production of the group's next album, "Rhythm of the Night," without much help from his siblings. The album became the group's best-selling album ever. The title track became a top five track in several countries and later became El's signature song. 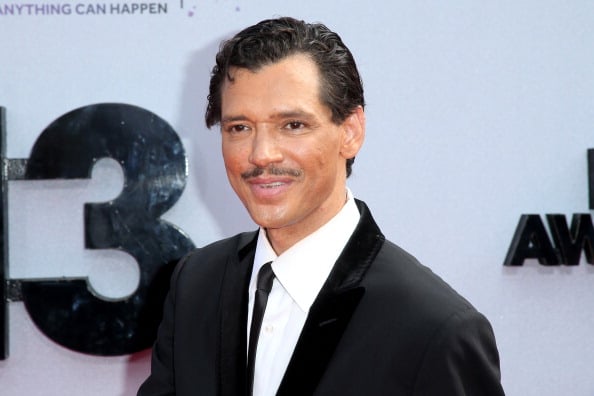 As tensions continued within the group, El decided to leave in 1986. He then released his self-titled debut album, which included the hits "Who's Johnny" and "Love Always." Three years later, he released his second album, "Gemini." From that album, the tracks "Real Love" and "Somebody Loves You" became popular. When his contract with Motown ended in 1990, he signed with Warner Bros. He released his third album in 1992 called "In the Storm." The album included the duet with Chante Moore called "You Know What I Like." He released his next album in 1994, "Heart, Mind and Soul," which was coproduced with Babyface. It produced a number of moderate hits like "Slide" and "Where is My Love."

From 1994 until 2009, El DeBarge did not release any more solo music. However, he did continue collaborating on projects with other artists. He worked with his brother Chico as well as the rapper DJ Quik. After a 16 year hiatus, he released "Second Chance." Leading up to the release, he had begun performing again and making high-profile appearances, including a performance at the 2010 BET Awards. The album included the singles "Second Change" and the song "Lay With You," a duet he recorded with Faith Evans. The latter track and the album were nominated for a total of three Grammy Awards: Best Male R&B Vocal Performance, Best R&B Song, and Best R&B Album, though he did not win.

Since then, he has occasionally continued performing. In 2022, he performed a Tiny Desk Concert for NPR Music at his home. The series is a popular online live music show. He played the keyboard and sang.

In 1978, DeBarge fathered his first child at the age of 16. He eventually went on to father a total of 12 children. DeBarge has had a history of drug abuse and legal problems. He has publicly stated that his addiction problems began after he was prescribed strong medication to deal with tooth pain by a dentist. Throughout the late 1990s and into the early 2000s, DeBarge's addiction issues caused a number of problems in his personal life and also were at least partially responsible for why his career took a rather sudden downturn in 1994.

After a number of arrests and having to spend over a year in prison, DeBarge announced his sobriety in 2010. However, while on tour promoting his 2010 album, he had to cancel a number of public appearances and performances following a relapse. He again sought treatment at a rehab facility. He did complete the program and was able to appear at the 54th Grammy Awards in February of 2012.