Eion Bailey Net Worth: Eion Bailey is an American actor who has a net worth of $3 million dollars. Eion Francis Hamilton Bailey was born in Santa Ynez Valley, California in June 1976. He performed in school plays in high school and studied at the American Academy of Dramatic Arts in New York City.

His first role came in Buffy the Vampire Slayer in 1997. He appeared in the 1997 movie A Better Place and also appeared in the TV shows Dawson's Creek and Significant Others. Bailey appeared in the films Fight Club and Almost Famous. He played Pvt. David Kenyon Webster in the 2001 mini-series Band of Brothers. From 2004 to 2005 he played Jake Scanlon on the TV series ER. In 2010 he played Jack in the series Dirty Little Secret, and from 2010 to 2011 he played Ben Mercer in Covert Affairs. From 2002 to 2013 Eion starred as August W. Booth in Once Upon a Time. He has also starred in the films Center Stage, Mindhunters, and Sexual Life. After a trip to Peru he crated Imagine This! TV which chronicles one week philanthropic projects. Bailey won a Daytime Emmy Award in 2007 and has been nominated for a Satellite Award. 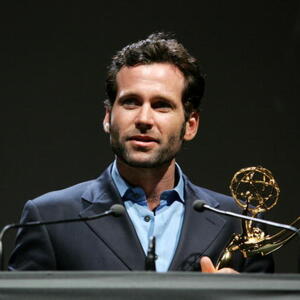