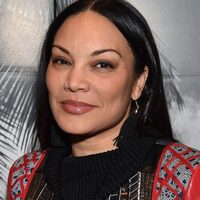 Egypt Sherrod net worth: Egypt Sherrod is an American television and radio personality who has a net worth of $6 million dollars. Egypt Sherrod was born in Philadelphia, Pennsylvania and graduated from Temple University with a degree in Broadcasting and Telecommunications. From there, she went on to study at NYU's Tisch School of the Arts. In addition to pursuing a career in front of the camera, she also earned her real estate license. She became a real estate expert, and has been featured on multiple talk shows, including "Property Virgins", "The Maury Show", "Home Delivery", and "The Black Carpet". She currently serves as the midday host for WVEE, a popular radio station based in Atlanta, Georgia. She has received numerous accolades for both her broadcast and entrepreneurial work, and she has been featured in a number of publications, including, Source Magazine, Time Out New York, Today's Black Woman, and Black Enterprise. She is the host and executive producer of HGTV's "Flipping Virgins" and its top-rated show, "Property Virgins," which ran for sixteen seasons. She most recently hosted HGTV's 2016 White House Christmas Special, the 2017 Rose Parade, as well as the 2017 HGTV Urban Oasis Giveaway. Egypt turned her talent for talk into a flair for flipping houses, and helps others achieve financial freedom through her humanitarian association The Egypt Cares Family Foundation, a 501 c-3 offering inspiring and constructive lectures, boot camps and seminars to educate both men and women about the importance of wealth preservation and home ownership. The foundation's work has been very successful, earning her many Citations & Proclamations for community service from the State Assembly & City Council. Egypt is a graduate of Temple University in Philadelphia with a Bachelors degree in Broadcasting, Telecommunications & Mass Media. She holds the designation of Master Certified Negotiator, Accredited Buyer Representative, Certified Residential Specialist and Certified Distressed Property Expert. Devoted mother, loving wife, respected entrepreneur and focused community advocate