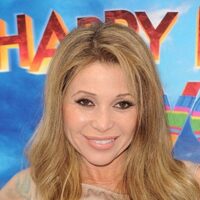 EG Daily net worth: EG Daily is an American actress, voice over artist, and singer who has a net worth of $15 million dollars. EG Daily, also known as Elizabeth Ann Guttman, was born in Los Angeles, California in September 1961. She began her professional performance career as an actor, singer, and dancer in the late 70s. She appeared in such films as "Disco Fever", "One Dark Night", "Valley Girl", "Pee Wee's Big Adventure", and "Better Off Dead". She also launched a successful recording career, releasing such hit singles as "Say It, Say It", "Shake It Up", "Love in the Shadows", and "Mind Over Matter". She is most widely known for her voiceover work, and has voiced some of the cartoon world's most well-known characters, including Tommy Pickles on "Rugrats", Mambo on "Duckman", Buttercup on "The Powerpuff Girls", Rudy Tabootie on "ChalkZone", Steve on "Curious George", and Polly on "Pound Puppies. Besides voice acting she has starred in the PBS series The Righteous Apples and played Dottie in Pee-wee's Big Adventure. She has appeared on the TV shows Laverne & Shirley, ChiPs, Fame, and Friends. Elizabeth toured as a stand-up comic in a one-woman show. She signed with A&M Records in 1985. Her debut studio album Wild Child was released that year. Daily has released a total of five studio albums. Her most popular songs include "Say It, Say It", and "Love in the Shadows". She was a contestant on the NBC reality show The Voice in 2013. She made it to the Knockout Rounds as a part of Team Blake.