Efren Ramirez Net Worth and salary: Efren Ramirez is an American actor who has a net worth of $4 million. Efren Ramirez was born in October 2, 1973 in Los Angeles, California. He is best known for playing Pedro Sánchez in the 2004 indie film Napoleon Dynamite. He later portrayed the same role in the 2012 animated series of the same name.

Ramirez went to theater classes in elementary school and continued participating in theater during his years in an all-boys high school in order to meet girls. Other films he appeared in include Employee of the Month; High Voltage; Searching for Mickey Fish; All You've Got; HBO's Walkout. He also made cameo appearances in Nacho Libre and Mr. & Mrs. Smith. In 2009, Efren starred in the comedy American Summer and as one of the contestants in the MTV reality television competition series Celebrity Rap Superstar. His rapper mentor is Bizarre. He also played the lover of Ashlee Simpson in the music video for Boyfriend (2005). Further expanding his musical credits, Ramirez tours as a DJ, having performed in over 50 cities all over the world; he spins hip-hop and hard house. Ramirez also cofounded Powerhouse Pictures Entertainment together with movie director Chris Barrett and they also co-authored the book Direct Your Own Life: How To Be A Star in Any Field You Choose being published (2008). Ramirez made other cameos throughout his career, including King Cobra where he portrayed a teenager playing a game of hide-and-seek with his girlfriend (portrayed by Ramirez's wife Iyari Limon). Efren Ramirez has four brothers, one of whom is his identical twin. 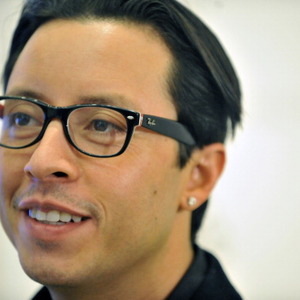