Edwin Hodge net worth: Edwin Hodge is an American actor who has a net worth of $3 million. Edwin Hodge was born in Jacksonville, North Carolina in January 1985. He is the older brother of actor Aldis Hodge. Edwin Hodge is best known for starring as Dwayne "Dante" Bishop in The Purge film series including The Purge in 2013, The Purge: Anarchy in 2014, and The Purge: Election Year. He is the only actor who has starred in all three films. Hodge starred as Jamaal Crenshaw in the television series Boston Public from 2000 to 2002. From 2004 to 2005 he starred as Marcus Ride in the TV series Jack & Bobby. Hodge starred as Malcolm Darius Washington in the series Mental in 2009. He has also starred as Wade in the series Cougar Town from 2012 to 2013, Rick Newhouse in the series Chicago Fire from 2014 to 2015, and Robert Chase in the TV mini-series Chase in 2016. Hodge has starred in the movies Die Hard with a Vengeance, The Long Kiss Goodnight, and Red Dawn. In 1998 he won a Young Artist Award. 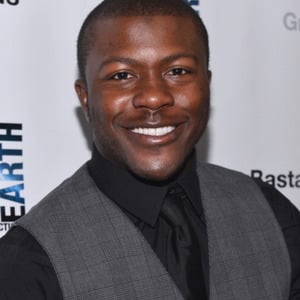