Edward Norton Net Worth: Edward Norton is an American actor and producer who has a net worth of $300 million dollars. He has also earned a small fortune outside of acting, arguably more than from acting salary, thanks to extremely wise (and early) technology investments. More detail on these investments later in this article.

Early Life: Edward Harrison Norton was born in Boston, Massachusetts, on August 18, 1969. His father, Edward Mower Norton Jr., is a former Marine lieutenant who later became an environmental lawyer and federal prosecutor, and his mother, Lydia Robinson "Robin" Rouse, was an English teacher. He and his two younger siblings were raised in Columbia, Maryland. His mother's father was James Rouse, founder of The Rouse Company and co-founder of the real estate developer Enterprise Community Partners. Since being founded in 1982, Enterprise has spent tens of billions of dollars developing tens of thousands of homes and developments in and around Maryland. James Rouse actually pioneered the concept of the suburban enclosed shopping mall.

Rouse graduated from Wilde Lake High School in 1987, and continued his education at Yale University. At college, he studied history and Japanese. Immediately following graduation in 1991, he worked as a representative for his grandfather's company in Osaka, Japan, for five months. He then moved to New York City, where he worked a series of odd jobs while trying to pursue an acting career.

Career: Norton landed a series of jobs in theater, and wrote scripts for plays at the Signature Theatre Company. He performed in a production of Brian Friel's "Lovers", and also was a member of the cast for the world premiere of playwright Edward Albee's "Fragments". In 1995, after being discovered by a casting agent, Norton landed his first film role in the film "Primal Fear" (1996). He ended up earning an Oscar and Golden Globe nomination for that role. In 1996 he also starred in two other films, Woody Allen's "Everyone Says I Love You" and Milos Forman's controversial film "The People vs. Larry Flynt". In 1998, he starred with Matt Damon in the film "Rounders", but in general both the film and his performance failed to impress. He redeemed himself later that year in "American History X", and actually earned his second ever Oscar nomination for his role.

Norton's career really hit new levels in 1999 when he teamed up with Brad Pitt in "Fight Club", a role for which he prepared for by taking boxing, taekwondo, and grappling lessons. For his role in "Fight Club", Norton was widely praised, and he even was nominated for Best Actor by the Online Film Critics Society. He went on to star in and/or produce such films as the romantic comedy "Keeping the Faith" (2000), which he also directed in his directorial debut; the heist film "The Score" (2001); "Death to Smoochy" (2002), which received widespread negative reviews; the biopic "Frida" (2002); the horror film "Red Dragon" (2002); "The 25th Hour" (2002), a film about New York City post-9/11; "The Italian Job" (2003), which was a film Paramount Pictures forced Norton to appear in after threatening to sue him for violation of a three-film contract with the studio he had signed; "Kingdom of Heaven" (2005), an epic historical film in which he played Baldwin IV, the leper king of Jerusalem; "Down in the Valley" (2005), a neo-western film in which he played a delusional man; "The Painted Veil" (2006), in which he plays bacteriologist Walter Fane; "The Illusionist" (2006), in which he plays Eisenheim the magician; "Brando" (2007), a documentary following the life and career of Marlon Brando; "Man from Plains" (2007), another documentary, this time following the post-presidency activities of President Jimmy Carter; Marvel's "The Incredible Hulk" (2008), in which he portrays Bruce Banner and his alter ago the Hulk; and "Pride and Glory" (2008), a crime drama that was criticized for an overly cliched plot. 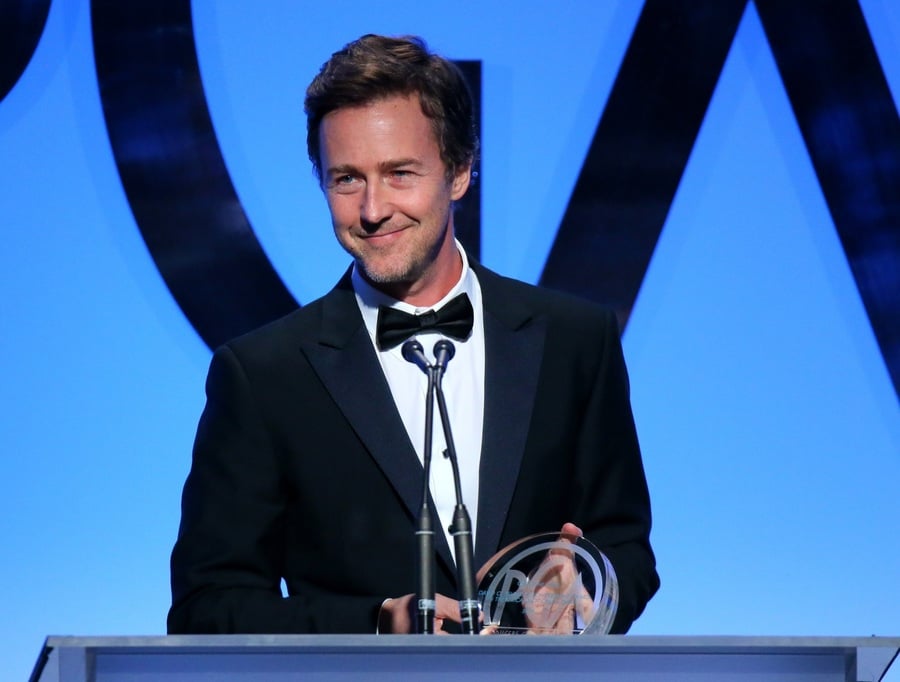 After 2010, Norton's first big starring role was in Wes Anderson's coming-of-age film "Moonrise Kingdom" (2012). The film was highly acclaimed, and was well-received by audiences, grossing over $68 million. His second lead role in 2012 was in the action thriller "The Bourne Legacy", portraying retired Air Force colonel Eric Byer. Although "The Bourne Legacy", the fourth film in the "Bourne" series, received only average reviews from critics, it ended up being Norton's highest-grossing film at that point in his career, grossing over $276 million globally. He also has his own production company, Class 5 Films, under which he produced the comedy-drama "Thanks for Sharing" (2012).

The year 2014 was a highly successful year for Norton. He starred in not one, but two different Academy Award-winning films: "The Grand Budapest Hotel" and "Birdman or (The Unexpected Virtue of Ignorance)". "The Grand Budapest Hotel" was directed by Wes Anderson, and won four Academy Awards. "Birdman" won the Academy Award for Best Picture and earned Norton a nomination for Best Supporting Actor. He then directed, wrote, and produced the crime film "Motherless Brooklyn" (2019).

In addition to his acting efforts onstage, Norton has engaged in several voice acting projects, including the animated feature "Sausage Party" (2016), the English dubbed version of the Chinese film "Little Door Gods" (2017), and when he reunited again with Wes Anderson on the stop motion film "Isle of Dogs" in 2018.

Technology Investments: Norton has, somewhat secretly, developed into an extremely savvy technology investor. He was a very early investor in Uber, and was actually the first person, other than Uber founder Travis Kalanick's parents, to take an Uber in Los Angeles. Norton also funded analytics companies Kensho and EDO. Norton was the largest individual equity owner in Kensho when it sold to S&P Global for $550 million in 2018. He co-founded the crowd fundraising platform CrowdRise, which was acquired by GoFundMe in 2017.

Personal Life: In the 1990s, Norton was romantically linked to Salma Hayek and Courtney Love. He later began dating Canadian film producer Shauna Robertson, and proposed to her in 2011. They got married in 2012, and welcome a son together in 2013. 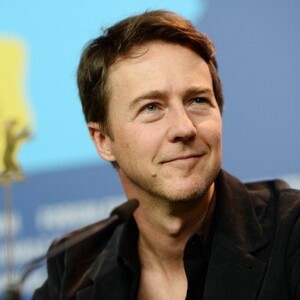