Early Life: Edward James Olmos was born Edward Huizar Olmos on February 24, 1947, in Los Angeles, California. His parents, Eleanor and Pedro, ended their marriage when Edward was 7, and his great-grandparents raised him while his parents were at work. Pedro was a mail carrier and welder who emigrated to the U.S. from Mexico in 1945, and Eleanor was Mexican-American. Aspiring for a career as a professional baseball player, Olmos began serving as a catcher for the Los Angeles Dodgers' farm system at the age of 13. He gave up baseball two years later and joined a band, a decision his father wasn't happy about. Edward attended Montebello High School, graduating in 1964, and later enrolled at East Los Angeles College, where he took acting classes. As a teenager, Olmos was lead vocalist for the band Pacific Ocean. The band performed at clubs around L.A. and released the record "Purgatory" in 1968.

Career: In the late 1960s, Olmos began appearing in theatrical productions, and in 1979, he made his Broadway debut in Luis Valdez's "Zoot Suit." His performance as El Pachuco, the narrator, earned him a Theatre World Award and a Tony nomination. Edward reprised his role in the 1981 film adaptation. In 1974, Olmos had an uncredited role in the film "Black Fist" and guest-starred on the CBS detective series "Cannon." Soon after, he appeared in the films "Aloha Bobby and Rose" (1975), "Alambrista!" (1977), "Fukkatsu no hi" (1980), and "Wolfen" (1981) and guest-starred on "Kojak" (1975), "Hawaii Five-O" (1977), and "CHiPs" (1978). In 1981, Edward played Gaff in "Blade Runner," and in 2017, he voiced the character in the short film "Blade Runner Black Out 2022" and had a cameo in "Blade Runner 2049." Olmos then co-starred with Don Johnson and Philip Michael Thomas on the popular NBC series "Miami Vice," appearing in 106 episodes. In 1988, he portrayed real-life math teacher Jaime Escalante in "Stand and Deliver" and earned a Best Actor Academy Award nomination. In 2011, the film was preserved in the National Film Registry of the Library of Congress, an honor reserved for works that are "culturally, historically, or aesthetically significant."

Activism: In 1997, Olmos co-founded the Los Angeles Latino International Film Festival and the charitable organization Latino Literacy Now. The following year, he launched Latino Public Broadcasting, and in 2001, he went to jail for 20 days after participating in the Navy-Vieques protests that opposed the U.S. Navy using Vieques (in Puerto Rico) for target practice bombings. Edward has served as an international ambassador for UNICEF and has spoken to at-risk teenagers at detention centers and juvenile halls several times.

Personal Life: Edward married Kaija Keel in 1971, and they welcomed sons Mico and Bodie before splitting up in 1992. Olmos has also adopted four children: Michael, Daniela, Brandon, and Tamiko. Two years after his divorce, Edward married actress Lorraine Bracco, and they divorced in 2002, five years after separating. He went on to wed actress Lymari Nadal later that year, and they ended their relationship in 2013. In 1992, Olmos was accused of inappropriately touching a woman while they watched TV together; though he denied the allegations, Edward paid the woman $150,000. In 1997, he was accused of sexually assaulting a woman in a hotel room in Rock Hill, South Carolina. Olmos received his Mexican nationality in 2007, after completing a seven-year process.

Awards and Honors: Olmos won an Emmy and a Golden Globe for his performance on "Miami Vice," and he also received a Golden Globe for "The Burning Season." "Stand and Deliver" earned him nominations from the Academy Awards and Golden Globes as well as the Independent Spirit Award for Best Male Lead. Edward won three ALMA Awards and a Saturn Award for "Battlestar Galactica" and also earned ALMA Awards for "12 Angry Men," "Selena," "The Taking of Pelham One Two Three," "Walkout" (for directing), and "Filly Brown." He has received honorary degrees from California State University, Fresno (Doctorate of Fine Arts) and Whittier College (Doctor of Humane Letters), and he was honored with the Mary Pickford Award (from the Satellite Awards) for "Outstanding Artistic Contribution to the Entertainment Industry" in 2016. Olmos has also received a Legacy Award from the African-American Film Critics Association, a Black Reel Award for directing "Walkout," a Humanitarian Award from the Houston Film Critics Society Awards and Women in Film Crystal Awards, a Prize of the City of Huelva from the Huelva Latin American Film Festival, and numerous other awards. Edward received a star on the Hollywood Walk of Fame in 1992. 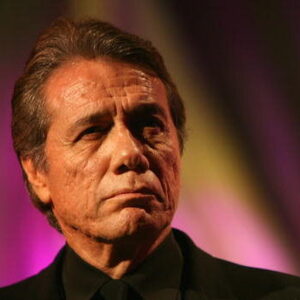