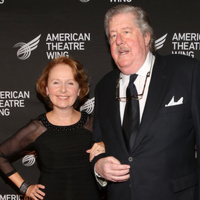 Edward Herrmann net worth: Edward Herrmann was an American actor who had a net worth of $10 million dollars. Edward Herrmann was born in Washington, D.C., and grew up in Grosse Pointe, Michigan. He graduated from Bucknell University, and then went on to study acting at the London Academy of Music and Dramatic Art. He first made a name for himself in the theater, appearing in the premiere of the play, "Moonchildren", and then transferring to Broadway with the production. He went on to win a Tony Award for his work in the play, "Mrs. Warren's Profession". He began adding film credits to his resume around the same time he won his Tony Award, and then television roles followed. He has appeared in film and television projects like, "Eleanor and Franklin" and its sequel, for which he received two Emmy nominations, "St. Elsewhere", "Here Come the Munsters", "The Practice", "Law & Order", and "Gilmore Girls". He has also appeared in films like, "Annie", "The Lost Boys", "Overboard", "Intolerable Cruelty", and "I Think I Love My Wife". On December 31, 2014 he passed away in a New York hospital at the age of 71 after a battle with brain cancer.