Edward G. Robinson net worth: Edward G. Robinson was a Romanian American actor who had a net worth equal to $100 million at the time of his death after adjusting for inflation. Edward G. Robinson was born in Bucharest, Romania in December 1893 and passed away in January 1973. During his 50-year career Robinson appeared in more than 100 films and 40 Broadway plays. He was often a tough-guy gangster including in movies like Key Largo and Little Caesar. Robinson was a critic of fascism and Nazism during the 1930s and 1940s. He testified at the House Un-American Activities Committee during the Red Scare but he was cleared of involvement. Robinson starred in several films including Double Indemnity, The Ten Commandments, and Soylent Green. He was listed as #24 on the list of greatest male stars of Classic American cinema by the American Film Institute. Robinson received an Honorary Academy Award in 1973 and a star on the Hollywood Walk of Fame for Motion Picture in 1960 at 6235 Hollywood Blvd. He also received a Screen Actors Guild Life Achievement Award in 1969. Edward G. Robinson passed away on January 26, 1973 at the age of 79 from bladder cancer.

Art Collection: Edward G. Robinson was famously a very shrewd and passionate art collector. By the time of his death, Robinson had amassed what was widely considered one of the greatest collections of French Impressionist paintings. He started purchasing art in the 1930s. In the 1940s, he built his own art gallery to house a growing collection. By 1953, his collection included works by Renoir, Cezanne, Degas, Picasso, Gauguin, Matisse and Van Gogh. Robinson reportedly went into debt to finance his art collection. He also lost half the collection in a 1956 divorce, though he was eventually able to buy many of his paintings back. A portion of his collection was purchased after his death for $5 million, which is the same as around $30 million today. 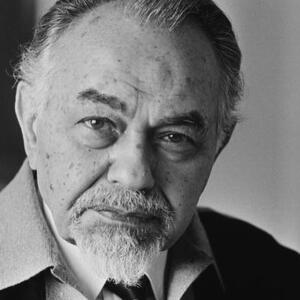