Eduardo Yáñez net worth: Eduardo Yáñez is a Mexican actor who has a net worth of $3 million. Eduardo Yáñez was born in Mexico City, Mexico in September 1960. In 2006 he starred as Juan Jose Victoria Ocampo on the television series La verdad oculta. Yáñez starred as Rodrigo Montalvo on the TV series Distilling Love in 2007.

In 2008 he starred as Juan Reyes on the series Fuego en la sangre. From 2009 to 2010 Yáñez starred as Juan de Dios San Roman Montes de Oca on the television series Wild Heart. From 2012 to 2013 he starred as Jose Angel Arriaga on the TV series True Love. Yáñez starred as Facundo on the series Amores con trampa in 2015. From 2001 to 2003 he was married to Francesca Cruz. Yáñez has also appeared in films and episodes of TV series including NCIS: Los Angeles, CSI: Miami, Cold Case, Sleeper Cell, Man on Fire, The Punisher, and Dr. Quinn, Medicine Woman: The Movie. 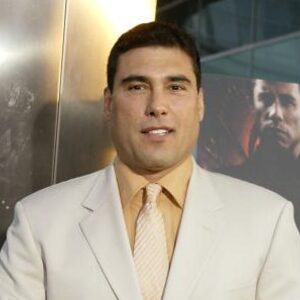