Eduardo Noriega Net Worth: Eduardo Noriega is a Spanish actor who has a net worth of $5 million. Eduardo Noriega Gomez was born in Santander, Cantabria, Spain in August 1973. Eduardo is the youngest of seven siblings. He moved to Madrid to become an actor. His first appearance came in the 1993 short En casa de Diego.

In 2011 Noriega starred in the television series Homicidios as Tomas Soller. He is scheduled to star as Lou in the upcoming TV series Vade Retro. His most popular movie roles were in films by Alejandro Amenabar where he played Bosco Herranz in Tesis in 1996 and Cesar in 1997's Open Your Eyes. He starred in the 2004 film Wolf and as Enrique in the 2008 movie Vantage Point. He has also starred in films such as Blackthorn, The Last Stand, Sweet Vengeance, and Beauty and the Beast. Noriega has won awards at the Alcala de Henares Short Film Festival, Miami Film Festival, Malaga Spanish Film Festival, and Zapping Awards. Eduardo married Trinidad Oteros in 2011. 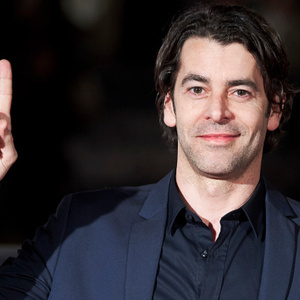