Edison Chen Net Worth: Edison Chen is a Hong Kong-Canadian actor, producer, musician and fashion designer who has a net worth of $45 million. Edison Chen was born October 7, 1980 in Vancouver, Canada. He is the founder of CLOT Inc. and CEO of Clot Media Division Limited. His native language is English, but he speaks (and can sing in) Cantonese and Mandarin and is conversational in Japanese as well, which allows him to be a part of multiple entertainment industries around the world.

On February 21, 2008 Chen publicly announced that he intended to step away "indefinitely" from the Hong Kong entertainment industry due to a sex photo scandal in 2008. He returned in 2010, but has yet to make a comeback in the Hong Kong film industry. The 2008 sex scandal involved sexually explicit nude photographs of Chen taken four years earlier, which became widely circulated on the Internet. Initially the authenticity of the photos was denied and digital manipulation was offered as the primary explanation for the pictures. Hong Kong police and Photoshop experts argued that the photos were in fact real and not digitally altered. Chen made a public apology in English to the Hong Kong people and the women involved in the photos and indirectly admitted his role, expressing remorse and subsequently announcing his indefinite departure from the Hong Kong entertainment industry. The scandal proved to boost public awareness of Chen when Google search engine rankings for 2008 resulted in Chen's Chinese name being the No. 1 search term in China, and No. 3 in Taiwan. Chen was runner-up to U.S. president-elect Barack Obama in the Hong Kong Person of 2008 poll by government-run RTHK radio, with just under 30 percent of votes in the Person of the Year category. 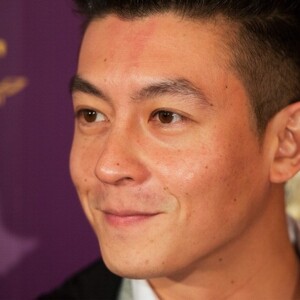