Edie McClurg net worth: Edie McClurg is an American comedian, actress, singer, and voice actress who has a net worth of $2 million. Edie McClurg was born in Kansas City, Kansas in July 1951. She has more than 200 acting credits to her name starting in 1974. McClurg starred as Willamae Jones in the television series Harper Valley P.T.A.

in 1981. From 1985 to 1988 she starred as Bonnie Brindle in the TV series Small Wonder. McClurg starred as Mrs. Patty Poole in the series Valerie's Family: The Hogans from 1986 to 1991. From 1991 to 1992 she starred as Principal Marilyn Ridge in the television series Drexell's Class. McClurg starred in or provided for work for several movies including Carrie, Cheech & Chong's Next Movie, Oh, God! Book II, The Secret of NIMH, Ferris Bueller's Day Off, Planes, Trains and Automobiles, She's Having a Baby, Elvira, Mistress of the Dark, The Little Mermaid, Curly Sue, A River Runs Through It, Nature Born Killers, Flubber, A Bug's Life, Dickie Roberts: Former Child Star, Home on the Range, Cars, Wreck-It Ralph, Frozen, and Zootopia. In 2013 she won two Behind the Voice Actors Awards for Wreck-It Ralph. 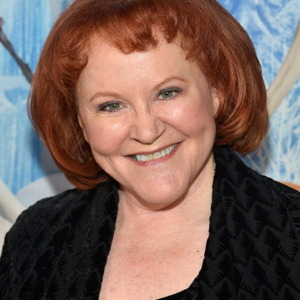