What is Edie Falco's Net Worth?

Edie Falco is an American television, film, and stage actress who has a net worth of $50 million. Falco is probably best known for playing the role of Carmela Soprano on the critically-acclaimed HBO series "The Sopranos." The role earned her six Emmy nominations and three wins for Oustanding Lead Actress in a Drama Series. In addition, Edie won several Golden Globes and Screen Actors Guild Awards.

Although her role in "The Sopranos" is probably going to define her entire career no matter what she does, Falco has achieved considerable praise for a range of additional projects since the series ended in 2007. In 2009, she booked the lead role in the Showtime series "Nurse Jackie," earning six more Emmy nominations and another win for Oustanding Lead Actress in a Comedy. Another notable role came with HBO's "Oz" from 1997 to 2000.

In the modern era, Edie has been involved in a range of TV projects, including "Horace and Pete" and "Law & Order True Crime." Outside of television work, Falco has booked roles on a number of films. These include "Law of Gravity," "Sunshine State," "The Comedian," and many others.

Edie Falco was born on July 5th of 1963 in Brooklyn, New York. Raised by an actress and a jazz drummer, Edie was involved in the art community from a very young age. She grew up alongside three siblings in Long Island, North Babylon, and West Islip. By the time she was a child, Edie was acting in plays alongside her mother. Finally, her family relocated to Newport, where she continued to perform in plays during her high school years. After graduating from high school, she attended the State University of New York at Purchase, studying acting. She graduated in 1986 with a Bachelor of Fine Arts in acting.

Falco started her career with appearances in shows like "Law & Order" and "Homicide: Life on the Street." An early film role came with "Laws of Gravity" in 1992, and another came with Woody Allen's "Bullets over Broadway." During this period, Edie continued to appear in various Broadway productions as well as additional films.

Her big breakout role came in 1999, when she booked the central role of Carmela Soprano in "The Sopranos." Today, the show is considered to be one of the greatest TV series of all time. Her performance earned her substantial praise and a multitude of awards. During her time on "The Sopranos," Falco found time to appear in series like "Will & Grace" and "30 Rock." She also appeared in films like "Freedomland" and "Sunshine State." 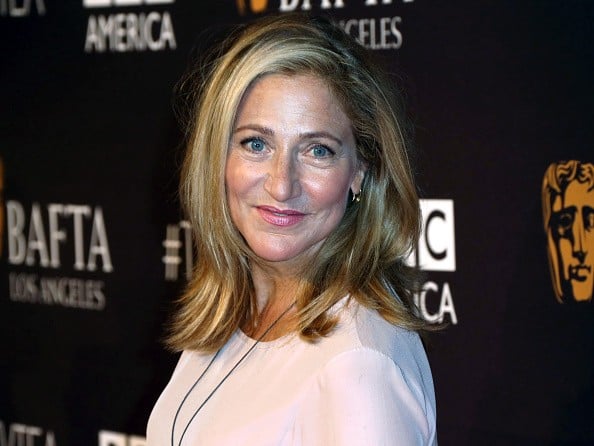 Falco of course played the wife of Anthony Soprano, the main character of the series. The relationship between Carmela and Anthony was a central focus throughout the many seasons, and Falco's character went through a significant transformation during the series. During the fourth season of "The Sopranos," Falco won a Golden Globe, an Emmy, and a SAG Award. She is among a very small group of actresses who have managed to win all three of these awards within a single year. The only other actresses who have managed this feat are Gillian Anderson and Tina Fey.

Two years after "The Sopranos" ended in 2007, Edie booked another major role in the series "Nurse Jackie." The dark comedy helped Falco continue her career, and it won her additional awards and honors. During this period, she also continued to appear in various Broadway productions, such as "House of Blue Leaves," which earned her a Tony Award nomination.

In 2016, Edie booked another central role in the Louis CK web series, "Horace and Pete." The series ran for ten episodes before ending later in 2016. In 2017, Falco joined the cast of "Law & Order True Crime," taking her career full circle (she had originally started her TV career with a role in the original "Law and Order").

Falco's acting style has been the subject of significant praise by multiple critics. She is particularly known for her simplicity, and her ability to portray an honest character without overembellishing any part of her performance.

In 2004, Falco publicly revealed that she had been diagnosed with breast cancer. The initial diagnosis came a year prior, but she decided to keep it under wraps until she was ready to make the news public. Edie has also been quite vocal about her struggle with alcoholism over the years. In the 90s, she decided to pursue a sober lifestyle. She is also a vegan.

Although Edie Falco never married, she did adopt two children. She adopted her first child in 2005, and in 2008 she adopted a second child.

While Falco's salary fluctuated over the many seasons of "Nurse Jackie," she was at one point earning a peak amount of $175,000 per episode.

In 2012, it was reported that Edie Falco was selling her duplex in New York. She listed the TriBeCa duplex for a price of $5.5 million. The residence spans over 3,000 square feet with 4 bedrooms. She originally purchased the home back in 2004 for $3.8 million, which means that she's expected to receive a significant profit margin when she listed the Manhattan apartment. Features include 12-foot ceilings, hardwood floors, a wood-burning fireplace, and a 600-square-foot terrace.

Back in 2010, Falco sold a home in Northport, New York. Prior to buying the TriBeCa duplex, she sold a townhouse in West Village for about $3.5 million. 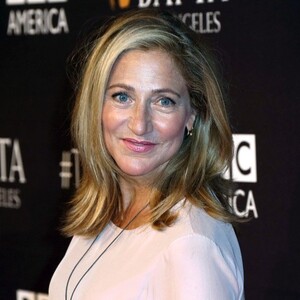