Edi Gathegi net worth: Edi Gathegi is a Kenyan American actor who has a net worth of $3 million. Edi Gathegi was born in Nairobi, Kenya in March 1979. In 2007 he had a recurring role as Dr. Jeffrey "Big Love" Cole in the television series House. Gathegi starred as Darren Poynton in the TV series Family Tools in 2013.

In 2015 he starred as Dr. Zed Badawi in the series Proof. Gathegi starred as Matias Solomon on the television series The Blacklist from 2015 to 2016. In 2016 he starred as Ronald Dacey on the TV series StartUp. In 2017 he reprised the role of Matias Solomon on the series The Blacklist: Redemption. Gathegi has starred in the films Crank, Gone Baby Gone, Twilight, The Twilight Saga: New Moon, X-Men: First Class, Atlas Shrugged, The Twilight Saga: Breaking Dawn – Part I, The Watcher, and more. He was nominated for a Teen Choice Award for X: First Class in 2011 and won a Connect Film Festival Award for Best Actor in 2015 for Neighbors. 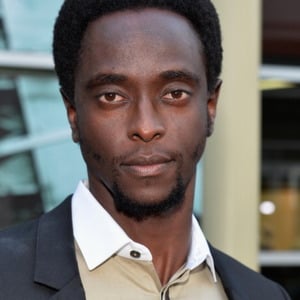