How much is Edgar Winter Worth?

Edgar Winter Net Worth: Edgar Winter is an American musician who has a net worth of $15 million. Born in 1946 in Beaumont Texas, Edgar Winter is the brother of well-known musician Johnny Winter. He and his brother both had albinism growing up. Winter released his debut album, "Entrance", in 1970. Along with his band White Trash, he released "Edgar Winter's White Trash" in 1971 and "Roadwork" in 1972. That year, he formed The Edgar Winter Group with Ronnie Montrose, Chuck Ruff, and Dan Hartman. He is best-known for his work with the band, including number one hit "Frankenstein" and "Free Ride". The band's album, "They Only Come Out at Night", climbed to number three on the U.S. charts and hung around for 80 weeks. By 1986, the album had gone double platinum. The Edgar Winter Group followed up that smashing success with "Shock Treatment", "Jasmine Nightdreams", "Recycled", "Standing On Rock", "Not A Kid Anymore", and "Winter Blues", among others. His music frequently appears in advertisements on-screen and in a variety of TV shows and movies, including "The Simpsons", "Wayne's World 2", "My Cousin Vinny", "Queer as Folk", "Son In Law", "Dazed and Confused", and "What's Love Got to do With It". Winter is an outspoken scientologist who frequently appears in the church's "Celebrity Centre" magazine. 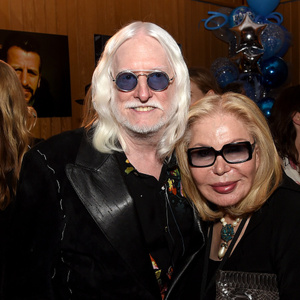