Eden Sher net worth: Eden Sher is an American actress who has a net worth of $3 million. Eden Sher is best known for her role as Sue Heck on the ABC comedy series, The Middle. She appeared in 215 episodes of the show between 2009 and 2018.

Eden Sher was born on December 26, 1991 in Los Angeles, California. She began her acting career when she was eight years old and has appeared in several well-known television series including Weeds, Sons and Daughters, and The O.C. She has also appeared on The Tonight Show with Jay Leno, the short film, Stuck, and in ads for Capital One and Fruity Pebbles. Her breakout role was as Sue Heck, a dorky, quirky, ever-hopeful teenager in the ABC comedy series The Middle. In 2013, she won the Critics' Choice Television Award for "Best Comedy Supporting Actress" for her role in The Middle. 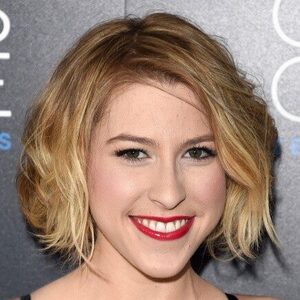