Eddie Steeples is an American actor and producer who has a net worth of $500 thousand. Born in Spring, Texas on November 25, 1973, Steeples has been active in the entertainment industry since 2001. He has appeared in advertising campaigns for OfficeMax and played Darnell "Crabman" Turner on the hit sitcom My Name is Earl.

Steeples is related to professional boxer, Lemeul Steeples, who died in a plane crash next to his U.S. Olympic team in 1980. He attended Klein Oak High School and later moved to Santa Cruz, California where he began to pursue acting. Due to lack of early success in California, Steeples moved back east and stopped in St. Louis where he visited the St. Louis Black Repertory Theatre and later went to Howard University in Washington D.C. He eventually moved to New York City where he joined various film groups and hip-hop groups, which eventually led to his cameo on The Chris Rock Show. He is well known as the "Rubberband Man" from his commercial appearances for OfficeMax and has starred alongside famed actors such as Ice Cube and Angel Bassett. 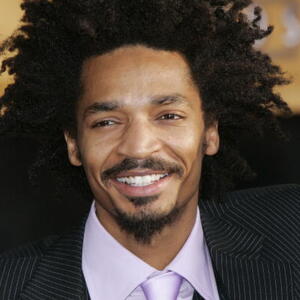