How much is Eddie Spears Worth?

Eddie Spears Net Worth: Eddie Spears is a Native American Indian actor and model who has a net worth of $500 thousand. Born Edward Spears on November 29, 1982, in Chamberlain, South Dakota, he is a member of Kul Wicasa Oyate Lakota (often called "Sioux") Lower Brule Tribe. Eddie was only 10 years old when he first started acting, landing his first role in the TNT production of Geronimo. Shortly after, he found himself getting bigger roles, eventually taking on the lead on 2004's Black Cloud. To bring the role to perfection, Eddie Spears was trained by the legendary Jimmy Gamiba for months. The rising actor could be also seen on the drama The Slaughter Rule (2002), as well as on TV movies like Dreamkeeper (2003) and Edge of America (2004). 2005 marks his performance on the miniseries Into the West, and his becoming a mentor at the 2nd annual HatcH audiovisual festival in Bozeman, Montana. Eddie's next role was on the TV movie Bury My Heart in Wounded Knee. He then booked the role of Josep Black Moon on the AMC series Hell on Wheels (2011-/). In addition to acting, Eddie Spears also was present in the world of modeling. In 2005, he and his brother Michael modeled for Native American fashion designer, Cochiti Pueblo Virgil Ortiz. 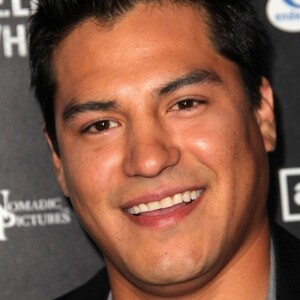