What is Eddie Redmayne's Net Worth?

Eddie Redmayne is an English actor who has a net worth of $15 million. Eddie Redmayne is best known for his performances in such films as "My Week with Marilyn," "Les Misérables," "Fantastic Beasts and Where to Find Them," and "The Theory of Everything." For his performance as Stephen Hawking in the lattermost film, he won an Academy Award for Best Actor. Redmayne has also appeared in many stage productions, winning a Tony Award for his work in the play "Red."

Eddie Redmayne was born on January 6, 1982 in the Westminster district of London, England. His father Mark is a corporate finance businessman, while his mother Patricia operates a relocation business. He has two brothers, as well as a half-brother and a half-sister. As a youth, Redmayne went to Jackie Palmer Stage School; there, he developed his passion for acting and singing. He went on to attend Eaton House, Colet Court, and Eton College, before enrolling at Trinity College in Cambridge to study art history. In 1998, Redmayne made his screen debut in an episode of the children's television series "Animal Ark."

Redmayne had his first two feature film roles in 2006, in the Australian thriller "Like Minds" and in Robert De Niro's spy film "The Good Shepherd." The next year, he portrayed Anthony Babington in the biographical period film "Elizabeth: The Golden Age," and starred opposite Julianne Moore in the drama "Savage Grace." Throughout the rest of the decade, Redmayne appeared in "The Other Boleyn Girl," "Powder Blue," "The Yellow Handkerchief," and "Glorious 39."

After roles in the action-horror film "Black Death" and the dramedy "Hick," Redmayne gained widespread recognition for his performance in the 2011 biographical drama "My Week with Marilyn." In the film, he portrays writer and filmmaker Colin Clark, who spends a week with Marilyn Monroe, played by Michelle Williams.

Redmayne continued to land major roles following this breakthrough. In 2012, he played student and French revolutionary Marius Pontmercy in Tom Hooper's adaptation of the musical "Les Misérables." Redmayne had his greatest critical success in 2014, when he portrayed famed theoretical physicist Stephen Hawking in "The Theory of Everything." The actor won a plethora of accolades for his performance, including the BAFTA, Golden Globe, Screen Actors Guild Award, and finally the Oscar for Best Actor.

Redmayne followed his success in 2014 with two divisive films in 2015. First, he starred as Balem Abrasax in the Wachowski siblings' science-fiction film "Jupiter Ascending." Mostly panned by critics, it earned him a Golden Raspberry Award for Worst Supporting Actor. He next reunited with director Tom Hooper for the biographical drama "The Danish Girl," in which he portrayed transgender pioneer Lili Elbe. The casting decision elicited significant backlash from the transgender community, although Redmayne managed to earn an Academy Award nomination for his performance. 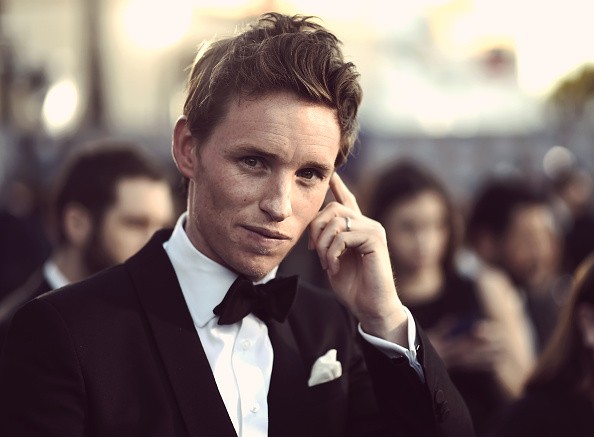 In 2016, Redmayne starred as Newt Scamander in the big-screen adaptation of J.K. Rowling's "Fantastic Beasts and Where to Find Them," part of the "Harry Potter" universe. He went on to reprise the role in the film's sequels "Fantastic Beasts: The Crimes of Grindelwald" and "Fantastic Beasts: The Secrets of Dumbledore." Redmayne's other film credits have included the period adventure film "The Aeronauts," in which he starred opposite his "Theory of Everything" costar Felicity Jones, and the historical legal drama "The Trial of the Chicago 7," in which he portrayed political activist Tom Hayden.

Redmayne made his professional stage debut in 2002, playing Viola in Shakespeare's "Twelfth Night" at the Middle Temple Hall. He was subsequently in a production of "'Master Harold'… and the Boys" at the Everyman Theatre in Liverpool. The actor found his greatest stage success yet in 2004, when he won the Evening Standard Award for Outstanding Newcomer for his performance in Edward Albee's "The Goat, or Who is Sylvia?" He subsequently appeared in the plays "Hecuba" and "Now or Later."

In 2009, Redmayne appeared alongside Alfred Molina in John Logan's new play "Red," about abstract artist Mark Rothko. For his performance as Rothko's fictional assistant Ken, Redmayne won the Olivier Award for Best Actor in a Supporting Role. Later, after the play debuted on Broadway, he won the Tony Award for Best Performance by a Featured Actor in a Play. Redmayne's subsequent theatre credits have included Shakespeare's "Richard II" and the musical "Cabaret."

Although Redmayne is more prolific in film and on stage, he has had some notable appearances on television as well. Early in his career, he appeared in episodes of the British series "Doctors" and "Elizabeth I." In 2008, he played Angel Clare in the four-hour BBC adaptation of Thomas Hardy's "Tess of the d'Urbervilles." He went on to co-star in the acclaimed 2010 miniseries "The Pillars of the Earth," based on the novel by Ken Follett, and in the 2012 two-part drama "Birdsong," based on the novel by Sebastian Faulks.

In December of 2014, Redmayne wed Hannah Bagshawe. The couple has two children: a daughter named Iris and a son named Luke.

For his contributions to film, Redmayne was appointed an ambassador of the film education charity Into Film in 2014. The following year, he was appointed Officer of the Order of the British Empire for his services to drama. 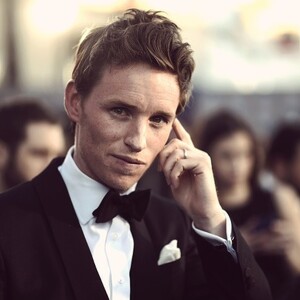