How much is Eddie Mekka Worth?

Eddie Mekka net worth: Eddie Mekka is an American actor who has a net worth of $500 thousand. Eddie Mekka was born in Worcester, Massachusetts in June 1952. He is best known for playing the role of Carmine "The Big Ragoo" Ragusa on the television series Laverne & Shirley. Mekka taught young people how to sing and performed on Broadway where he was nominated for a Tony Award for The Lieutenant. He moved to Los Angeles, California to pursue his acting career. In 1977 Mekka starred as Joey DeLuca in the TV series Blansky's Beauties. His best known role came starring as Carmina Ragusa in the series Laverne & Shirley from 1976 to 1983. Mekka starred in the movies Assignment Berlin, Bum Rap, Beaches, A League of Their Own, Top of the World, Dickie Roberts: Former Child Star, Land of the Free?, Love Made Easy, The Last Stand, Dreamgirls, C Me Dance, and Through a Mother's Eyes. He has also appeared in episodes of the TV series Guiding Light, Greatest Heroes of the Bible, Happy Days, The Love Boat, Fantasy Island, Moonlighting, Family Matters, Weird Science, The Bold and the Beautiful, 24, It's Always Sunny in Philadelphia, Crossing Jordan, The Suite Life of Zach and Cody, ER, The Young and the Restless, and Children's Hospital. 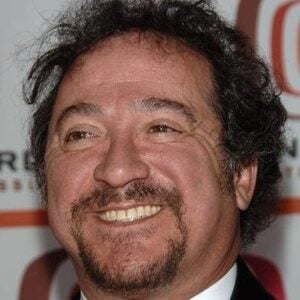