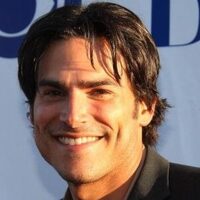 Eddie Matos Net Worth: Eddie Matos is a Puerto Rican-American actor who has a net worth of $3 million. Eduardo Matos (better known as Eddie Matos) was born July 18, 1978 in San Juan, Puerto Rico. He is most well known for his role as Ricky Garza on the ABC daytime soap opera Port Charles. Matos graduated from North Hunterdon High School in New Jersey and lived in Miami before relocating to Los Angeles to pursue a career in acting. After a few guest appearances in various prime-time shows, Matos originated the role of Ricky Garza on ABC's daytime soap opera Port Charles. After the show was canceled in 2003, Matos continued to do guest appearances until landing the role of Professor Pete Marquez on ABC's daytime soap opera General Hospital. Matos recurred on General Hospital from September 2006 until early 2007. He went on to star in the CBS series Cane, alongside Jimmy Smits, Hector Elizondo and Rita Moreno. He also guest-starred on the Fox hit medical drama House M.D. Eddie Matos joined the cast of daytime soap opera All My Children in 2010, playing the role of Reverend Ricky Torres. His other roles include appearances on such television shows as Clueless (TV series), The Bold and the Beautiful, Wanderlust, All About Us (TV series), Tru Calling, Charmed, Women in Law, In Justice, Pepper Dennis, Psych and Finding Carter.