Eddie Marsan Net Worth: Eddie Marsan is an English actor who has a net worth of $800 thousand dollars. Born Edward Maurice Charles Marsan in 1968 in Stepney, London, England, Eddie Marsan studied at the Mountview Academy of Theatre Arts in London and later The Academy of the Science of Acting and Directing. He made his TV debut in 1992's "The Piglet Files" before landing a part on "Game On" during the mid-'90s. Marsan's film debut came in 1997's "Get Well Soon" and he has since gone on to appear in numerous blockbusters, including "Gangs of New York", "V for Vendetta", "Miami Vice", "Mission: Impossible III", "Sixty Six", "Sherlock Holmes", "Sherlock Holmes: A Game of Shadows", "War Horse", and "The World's End". His performance in the film "Happy-Go-Lucky" earned him a London Film Critics Circle Award for Best Supporting Actor and a National Society of Film Critics Award for Best Supporting Actor. His other TV and film credits include "Casualty", "Grange Hill", "Silent Witness", "Love in the Time of Dragons", "Ray Donovan", "Vera Drake", "Tyrannosaur", "I Want Candy", "Gangster No. 1", "Snow White and the Huntsman", "The Disappearance of Alice Creed", "Me and Orson Welles", "Heartless", and "Hancock". Marsan has four children with his wife, make-up artist Janine Schneider, whom he's been married to since 2002. 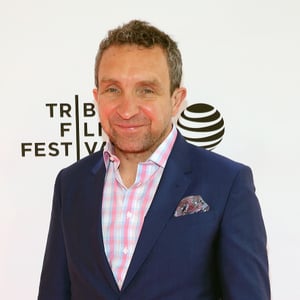